Bender Sharma  (1894-1981) is one of the prominent literary figures of Assam. He is a distinguished personality in diverse fields as a writer of children’s literature, a perceptive essayist, a biographer, an autobiographer, and a writer of tales, a translator, an uncompromising journalist, and a keen historical researcher. 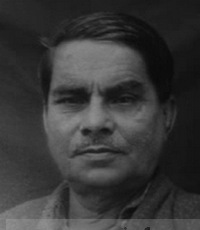 Bender Sharma was born in the year 1894. Due to his expertise and specialization in diverse fields he was considered by some critics as second to Lakshminath Bezbarua in Assamese literature.
Bender Sharma also took part in the struggle against British colonialism and in the fight for Indian Independence.

He was a recipient of the civilian honour of the Padma Bhushan and was the second Assamese writer who won the Sahitya Akademi Award. He was the president of the Assam Sahitya Sabha in 1956.