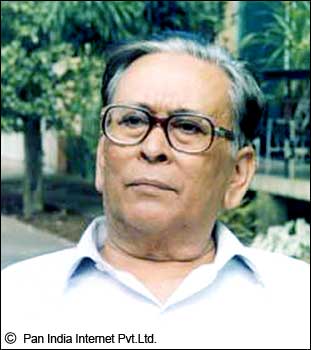 Dr. Bhabendra Nath Saikia started his brilliant career as a physics teacher initially in Sibsagar College and then shifted to Gauhati University.
He was the pioneering motive behind the publication of college level textbooks in Assamese language during his tenure as the Secretary of the Co-ordination Committee for production of textbooks in regional languages.
Dr. Bhabendra Nath Saikia also served as the Chairman of the Railway Service Commission of North East Frontier Railways in the early eighties.

Dr. Bhabendra Nath Saikia received more popularity and recognition through his literary works. His literary publications made him a household name in Assam. He is regarded as one of the top ranking writers of Assam.
His works have been translated to a number of languages as English, Bengali, Hindi, Telegu, Malayalam, Marathi and Gujarati among others. Bhabendra Nath Saikia has written twenty nine books as of January 2001, which also includes his autobiography ‘Jivan Britta’ which he completed in the year 2000.

He has also written a number of plays for All India Radio (AIR). The plays include Kolahal, Durbhiksha and Itihaas which were taken up as national plays by the AIR. The play ‘Kolahal’ was selected for broadcast from foreign centers. 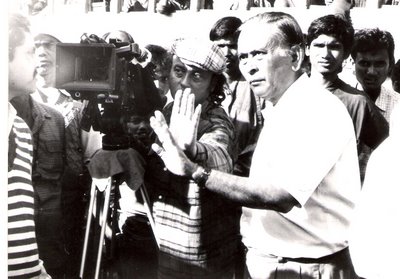 Dr. Bhabendra Nath Saikia was also instrumental in the conception and development of Sri Sankardeva Kalakshetra, Assam and he served as its vice Chairman until August 2003. This cultural center which is one of its kinds in Assam was built in the memory of the great Assamese cultural legend Shrimanta Sankardeva.

Dr. Bhabendra Nath Saikia was the recipient of a number of prestigious awards. He is recognized as the pioneer in development of the Assamese culture and literature through his works. His works depict the thinking and the common Assamese person life.
Dr. Saikia was honored with the Sahitya Academy (India) Award in the year 1976, the Publication Board Assam Award in the inaugural year 1973 and the Sahityik Hara Nath Ghosh Medal in 1981 which was given by Bangiya Sahitya Parishad in Calcutta.
He also received the Assam Valley Literary Award in the inaugural year 1990 which was instituted by the Magor Education Trust. He received the Surendra Nath Paul Award for lifetime achievement which was awarded by the Tea festival of Calcutta in the year 1999. Dr. Bhabendra Nath Saikia was honored with the Srimanta Sankardeva Award in the year 1998.
He received the Kamal Kumari National Award for the year 2000. In the year 2001, the Dibrugarh University conferred him with the Degree of D. Litt, honoris Causa in recognitions for his outstanding contribution to the fields of cinema and literature. Dr. Bhabendra Nath Saikia was awarded the Padma Shri by the Indian Government in the year 2001.

The films directed by Bhabendra Nath Saikia were all awarded the ‘Rajat Kamal’ award as the best regional films in India. He received this Rajat Kamal Award for his film Sandhyaraag in the year 1978, for Anirban in 1981, Agnisnaan in 1985, Kolahal in 1988, Sarothi in 1992, Abartan in 1994 and for Itihaas in 1996 respectively.
He also won the prestigious National Award for the best screenplay for his film ‘Agnisnaan’. Dr. Saikia’s films have been included in the Indian Panorama section of the Indian Film Festival and have been screened at many international film festivals.
Dr. Bhabendra Nath Saikia was adjudged as one of the ‘Twenty-One Greatest Assamese Persons of the Twentieth Century’.