Jhumpa Lahiri (1967- Present)  is one of the most prominent and best selling authors of modern period. Her works are immensely popular among her readers across all age groups. Jhumpa has been awarded the prestigious Pulitzer Prize for Fiction for her short story collection. 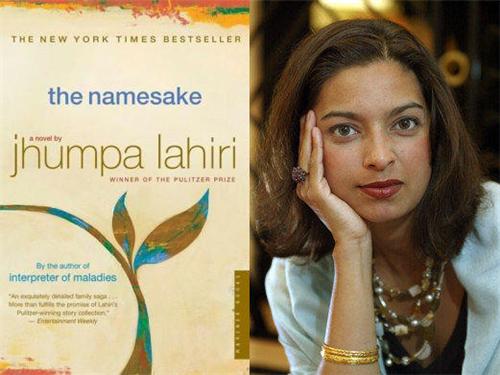 Jhumpa Lahiri is an Indian- American author. She was born as Nilanjana Sudeshna but she preferred to be called has ‘ Jhumpa’. Jhumpa was born in London and her parents were Indian immigrants from the state of West Bengal.
At the age of three, her family decided to move to the United States. Her father, Amar Lahiri is a librarian at the University of Rhode Island.  Jhumpa graduated from South Kingston High School. She completed her BA in English Literature from Barnard School in 1989.
She also pursued degrees in M.A, MFA in Creative Writing, MA in Comparative Literature, and PhD in Renaissance Studies. She also took a fellowship at Provincetown’s Fine Arts Work Center. Besides this, Jhumpa also taught creative writing at Boston University and the Rhode Island School of Design.
Jhumpa Lahiri is the vice-president of the PEN American Center in 2005.  She was also appointed the member of the President’s Committee on the Arts and Humanities in February, 2010.
She is married to Alberto Vourvoulias- Bush in 2001. Her husband is a journalist who is presently Senior Editor of Fox News Latino. The family resides in Fort Greene at Brooklyn with their two children – Octavio and Noor.

Jhumpa Lahiri  has so far produced many novels. The name of her debut short story collection is the Interpreter of Maladies (1999). Her first novel was The Namesake(2003). The book was later made into a film which was directed by Mira Nair.
The name of her second collection of short stories is Unaccustomed Earth which was released on 1st April, 2008. The novel was at number one position on The New York Times Best Seller list.
A number of her short stories were published in the New Yorker Magazine. Some of her non-fiction works include The Long Way Home, Cooking Lessons and so on.

Jhumpa Lahiri has been awarded the prestigious Pulitzer Prize for Fiction for her short story collection titled Interpreter of Maladies in 2000.
6418