The former Bureau Chief of BBC, New Delhi, Sir William Mark Tully ( 1935- Present) is a celebrated writer of India. His love for India is encapsulated in his books as his books have always portrayed India in the positive light. 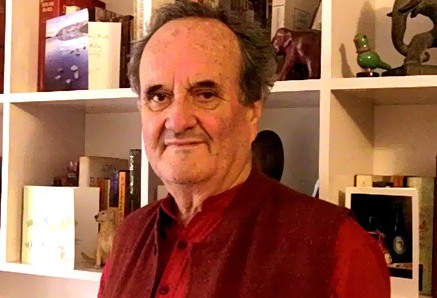 Mark Tully was born in Tollygunge, in Calcutta. Tully’s father was a British businessman, a partner in one of the leading managing agencies of the British Raj.
Tully spent the first decade of his childhood in India. At the age of four he was sent to a British boarding school in Darjeeling.  Later he went to England for further schooling. He was educated at Twyford School, Marlborough College and at Trinity Hall, Cambridge.

Mark Tully is a celebrated writer of India. The writings of Tully portray his love for India as his books depict India in the positive light. Some of mark Tully’s books include “Amritsar: Mrs Gandhi's Last Battle”, “Raj to Rajiv: 40 Years of Indian Independence”, “No Full Stops in India”, “
The Heart of India”, “Indiain Slow Motion”, “Non-Stop India”, “An Investigation into The Lives of Jesus”. Tully worked for BBC for a period of 30 years. He held the position of Chief of Bureau, BBC, Delhi for 20 years.
During his time in BBC he covered all major incidents in South Asia ranging from Indo-Pakistan conflicts, Operation Blue Star, Bhopal gas tragedy, assassination of Indira Gandhi, anti Sikh riots, Assassination of Rajiv Gandhi to the Demolition of Babri Masjid.


Awards and recognitions of Mark Tully