Nabakanta Barua was a prominent Assamese novelist and poet. He is also known as Ekhud Kokaideo. Barua, along with Hem Barua and Amulya Barua, was considered the renaissance of modern poetry in Assam. 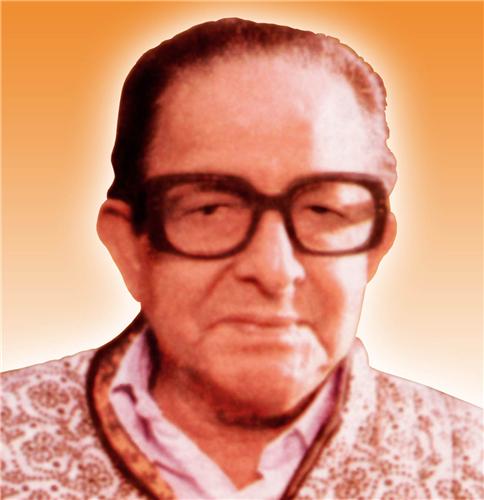 Nabakanta Barua was born on December 29, 1926 at Guwahati to Nilakanta Barua and Swarnalata Barua. His father was a school inspector and later teacher. He had three siblings. Barua studied at Government Mojolia School. He completed matriculation from Nagaon Government Boys School.
He also studied at Cotton College and completed his BA from Shantiniketan and MA from Aligarh Muslim University. The family finally settled in Nagaon. The novelist died on July 14, 2002 following respiratory problems.

The poet worked at AK College in Uttar Pradesh. He also joined Cotton College and worked there till 1964. He also worked as an officer of English education at Assam Madhyamik Shiksha Parishad.

Barua was considered the renaissance of modern poetry in Assam. Barua’s writings were most contemporary of its time. He started his career in writings, mostly poems, during the World War II and boomed around post-independence phase.
The Sahitya Akademi Award winner’s “Kokadeutar har” is referred to as all time classics. He wrote 5 novels. He also wrote essays and short stories for children.
His several collections include “Ratnakar”, “Raban”, “Jati aru Keitaaman Sketch”, “Mor aru Prithibir”, “Dolongot Taamighora”.  His works have also been translated to different languages.
Among his most noteworthy and popular poems are included in the book “Kapiliparia sadhu”. He wrote eleven poems. The most important poems of Barua are “Polokh”, “Monot pore Arundhati”, “Norokot Don Juan” and “Crussot don Juan”. In 1984 he published the Assamese magazine “Sirolu” which later published as “Notun sirolu”.