Purushottama Lal  (1929-2010) was an Indian poet, essayist, translator and publisher. He is best known for the translation of the famous Indian epic, Mahabharata into English. 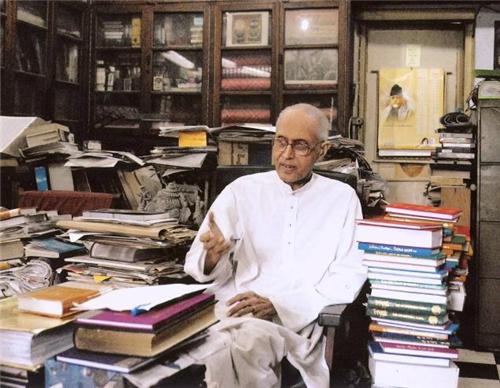 Purushottama Lal was born in Kapurthala, in Punjab on 28th August, 1929. He studied English at the prestigious St.Xavier’s College and later at the University of Calcutta.
Better known as P.Lal, he taught at the St. Xavier’s college for almost forty years. He was appointed as the Special Professor of Indian Studies from 1962 to 1963 at Hofstra University.
He has been held in the position of Visiting Professorship at different educational institutions such as Albion College, Ohio University, Hartwick College, Berea College and Western Maryland College.
P.Lal got married to Shyamasree Devi, daughter of the late Kalidas Nag, an eminent historian and Indologist and Shanta Devi, a novelist, in 1955. The couple has a son- Ananda Lal and a daughter- Srimati Lal. He died on 3rd November, 2010 at the age of eighty-one at Kolkata.

P.Lal founded the Writers Workshop in Calcutta in 1958. Since the founding of the workshop he has published over 3000 journals by Indian authors ranging from poetry, fiction, screenplays, dramas, children’s books as well as audio books.
The workshop has so far published first books by many eminent authors and novelist such as Vikram Seth, Pritish Nandy and Chitra Banerjee Divakaruni. P.Lal has been awarded Doctorate of Letters by the Western Maryland College.
5314