Ruskin Bond ( 1934- Present) is one of the known authors in the field of literature, mostly for his books catering to the young readers. 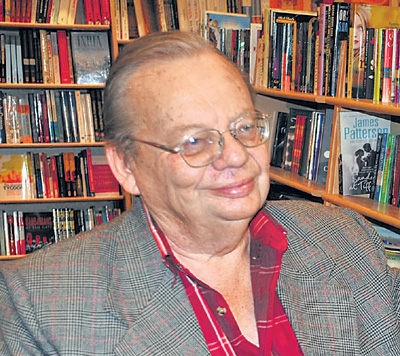 Ruskin Bond was born on 19th May in 1934 in the Kasauli District of Himachal Pradesh to parents, Edith Clerke and Aubrey Bond. Ruskin started his formal education at Bishop Cotton School in Shimla and he graduated in the year 1952.
He then worked as a journalist in places like Delhi and Dehradun and in 1963 worked as a freelance writer in Mussorie. Currently he resides in Landour in Mussorie.

Ruskin Bond as a writer wrote many stories and novels based on his own childhood experiences. His stories are full of fun- filled adventures, fantasy and magic. Ruskin’s first novel was The Room on the Roof. He then wrote another book titled Vagrants in the Valley which was published in one fat volume by Penguin India in 1993.
The following year The Best of Ruskin Bond was published. Some of his other books are Ghost stories from the Raj, A Season of Ghosts, A Face in the Dark and other Hauntings, The Flight of Pigeons, which was made into a movie titled Junoon.
He has also published two volumes of autobiography titled Scenes from a Writer’s Life and The Lamp is Lit. Ruskin’s works are included as course material in the school curriculum which includes The Night Train at Deoli, Time Stops at Shamli and Our Trees Still Grow in Dehra.
Rusty is a popular fictional character created by Ruskin Bond. Rusty is a sixteen-year-old Anglo-Indian boy living in Dehradun. He is orphaned and has no real family.

Ruskin Bond has been awarded Sahitya Akademi Award in 1992 for his book Our Trees Still Grow in Dehra. His other novel The Blue Umbrella was made into a film directed by Vishal Bharadwaj.
The film was awarded the National Award for Best Children’s film. He was awarded Padma Shri in 1999 and John Llwewllyn Rhys Memorial Prize in 1957.
8137