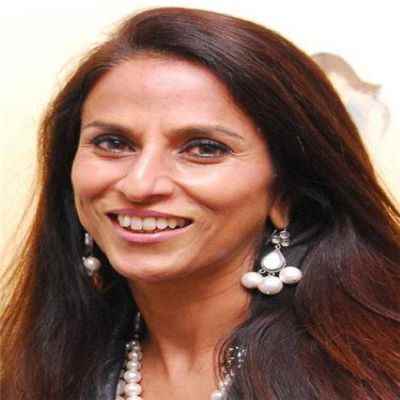 Popularly known as India’s ‘Jackie Collins’, Shobha De (1948- Present) is one of the top bestselling authors of contemporary India. De's writing focuses on the urban issues of the ultra-modern society with its shade of glitz and glamour, marriage, complicated relationships, and so on.
She is a contributor to many newspapers and magazines. She is the founder and editor of three popular magazines namely Stardust, Society, and Celebrity.

Shobha De was born as Shobha Rajadhyaksha to the Saraswat Brahmin family of Maharashtra on 7th January 1947. Presently she is residing with her second husband, tycoon Dilip De in Mumbai together with their children. The couple got married in 1984.

Shobha De pursued her graduation from the prestigious St. Xavier’s College in Mumbai in Psychology and also pursued Journalism in 1970.
She began her career as a model appearing in ads like Ponds and Bombay Dyeing and soon became a popular face. She is the founder and editor of three popular magazines namely Stardust, Society, and Celebrity.

In the 1980s she contributed to the Sunday magazine section of The Times of India apart from writing in Asian Age, Statesman, and Sunday Observer. She is also a columnist in Bombay Times, The Sunday Times, and The Week.
Shobha De has also written scripts for soaps and serials like Swabhimaan, India’s first daily soap and Kitty Party among others. She is also the anchor of one of the popular weekly show called Power Trip, featuring billionaires of the country.

Some of her well-known novels are Starry Nights, Socialite Evenings, Second Thoughts, Surviving Men, Spouse- The Truth About Marriage, Sisters, Snapshots, and Speed Post to name a few. Shobha De at Sixty, her latest novel was published by Hay House in 2010. It is interesting to note that most of the titles of her novels begin with the letter ‘S’.

Spouse- The Truth About Marriage is one of the best-selling novels, of which a million copies have been sold so far. Dealing with the institution of marriage in the urban society it has been translated into many Indian languages like Punjabi, Hindi, Gujarati, Bengal, and foreign languages like Spanish, Italian, German, Hungarian, and Portuguese, Turkish, Russian as well as Polish, and Korean.

Her novels have been included as course materials in Comparative Literature courses in many educational institutions both within and abroad. Her novels like Socialite Evenings, Starry Nights, Sultry Days, and Second Thoughts are part of the course at the University of London.
One of her Italian books, Sorelle was launched in Milan and Rome. Shobha De has participated in many literary festivals at different places such as Writer’s Festival in Melbourne, Hong Kong, Singapore, Jaipur etc. She is also a part of the official Indian Delegation to the Global Women’s Forum at Deauville (France) in October 2008.

Her name has been included in Reader’s Digest List- India’s Most Trusted People as well as in the list of 50 Most Powerful Women in India. Her name has also been featured in the list of 2010 of India’s 50 Most Beautiful in Hi Blitz.
12072