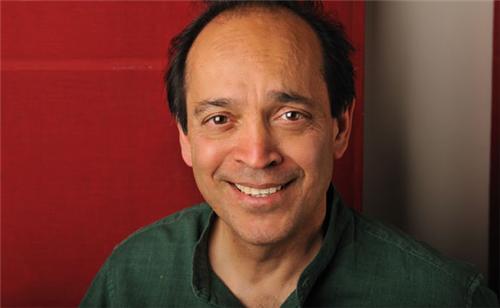 Vikram Seth was born in a Punjabi family on 20th June, 1952. He was born in Calcutta to Leila and Prem Seth. His younger sister, Aradhana is a film maker married to an Austrian diplomat and has worked on Deepa Mehta’s movies Earth and Fire.
Vikram Seth spent part of his youth in London but returned to his homeland in the year 1957. After receiving his primary and secondary education in Doon School in Dehradun, Vikram Seth returned to England to Tonbridge School.
He studied philosophy, politics and economics in Corpus College in Oxford where he developed an interest in poetry and learned Chinese.
After leaving Oxford University, he moved to California to work on a graduate degree in economics in Stanford University. He then went to study creative writing in Stanford and classical Chinese poetry in Nanjing University in China.
Vikram Seth having lived in London for many years of his life, presently maintains residences near Salisbury in England where he is a participant in local literary and cultural events, having bought and renovated the house of the Anglican poet George Herbert in the year 1996.
Vikram Seth is a polyglot and has studied many languages including Welsh, German and French in addition to Mandarin, English, Urdu and Hindi which he reads and written in Devanagari script. He also plays the Indian flute and the cello and sings German lieder, especially Schubert.

Vikram Seth has written a number of literary novellas and poetry volumes. He has published five volumes of poetry and also contributed four volumes of poetry to Oxfam in the year 2009. He has also done a travel writing titled ‘From Heaven Lake: Travels Through Sinkiang and Tibet’.
Apart from that, his novels include ‘The Golden Gate’ (1986), ‘A Suitable Boy’ (1993), ‘A Suitable Girl’ (2009) and ‘An Equal Music’ (1999) among others. He has also written libretto titled ‘
The Rivered Earth’ which consists of four libretti taking inspiration from the Salisbury house where English poet lived and died and which also serves as the illustration for the book cover.
This libretto was released in the year 2011. Vikram Seth has also written a memoir ‘Two Lives’ written at the suggestion of his mother and published on October 2005.
Vikram Seth’s range is highly demonstrated by varied tones depicted in all his novels. He has also translated works of Chinese poets and also produces volumes of poetry at intervals alongside his publications in a range of various other forms.

In the year 1983 Vikram Seth was awarded the Thomas Cook Travel Book Award for his travel writing ‘From Heaven Lake: Travels through Sinkiang to Tibet’.
He also received the Commonwealth poetry prize in the year 1985 for ‘The Humble Administrator’s Garden’, the Irish Times International Fiction prize for ‘A Suitable boy’ in 1993, the Commonwealth Writers prize for the same book in 1994.
He also received the WH Smith Literary Award for ‘A Suitable Boy’ in 1994, the Crossword Book Award for ‘An Equal Music’ in 1999, the EMMA for the same book in 2001.
4817