Long years ago, we made a tryst with destiny and now the time comes when we shall redeem our pledge... At the stroke of the midnight hour, when the world sleeps, India will awake to life and freedom.' – Jawaharlal Nehru
Jawaharlal Nehru, India’s first Prime Minister ushered India’s independence on 15th August, 1947, from the long standing British rule. India now stands tall as one of the most developed countries of South Asia and a country known for its economic , defense and political powers.

Indian has a parliamentary system of government. As laid down by the constitution, India is a "Sovereign, Socialist, Secular, Democratic Republic" The President of India is the head of the country while the real powers lie with the Prime Minister who along with his Council of ministers govern the country.
The elections are held every 5 years unless it is dissolved earlier. The current President of India is Shri Pranab Mukherjee and the Prime Minister is Shri Narendra Modi.
Visit for more on Indian administration and government.
Country Name: Republic of India; Bharat Ganrajya
Government Type: Sovereign Socialist Secular Democratic Republic with a Parliamentary system of Government.
Capital: New Delhi Administrative Divisions: 29 States and 7 Union Territories.
Independence: 15th August 1947 (From the British Colonial Rule)
Constitution: The Constitution of India came into force on 26th January 1950.
Executive Branch: The President of India is the Head of the State, while the Prime Minister is the Head of the Government, and runs office with the support of the Council of Ministers who form the Cabinet Ministry.
Legislative Branch: The Indian Legislature comprises of the Lok Sabha (House of the People) and the Rajya Sabha (Council of States) forming both the Houses of the Parliament.
Judicial Branch: The Supreme Court of India is the apex body of the Indian legal system, followed by other High Courts and subordinate Courts.
Flag Description: The National Flag is a horizontal tricolour of deep saffron (kesaria) at the top, white in the middle, and dark green at the bottom in equal proportion. At the centre of the white band is a navy blue wheel, which is a representation of the Ashoka Chakra at Sarnath.
National Days: 26th January (Republic Day)
15th August (Independence Day)
2nd October (Gandhi Jayanti) 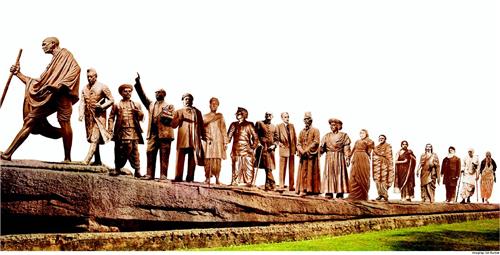 (Source: merabharatmahan.org)
One of the oldest civilizations, which took birth on the banks of the river Indus, India is an eclectic mix of culture, people, mountains, rivers, flora and fauna. The Indus Valley Civilisation which flourished around 2,500 BC is evident from the excavations of Harappa and Mohenjodaro.
The Mughal dynasty started declining after the death of Aurangzeb while it received its final blow in the hands of the British during Bahadur Shah Zafar’s reign. History of modern India begins with the Revolt of 1857 which is also termed as India’s first war of Independence. For more on history of India, click here 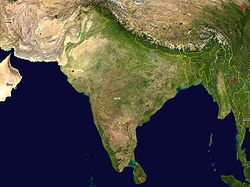 "So far as I am able to judge, nothing has been left undone, either by man or nature, to make India the most extraordinary country that the sun visits on his rounds.
Nothing seems to have been forgotten, nothing overlooked." – Mark Twain aptly describes India which is bounded by the mighty snow-capped Himalayas in the North and Indian Ocean to the South.

Covering an area of 3,287,590 sq. Km, India is bordered by Afghanistan and Pakistan to the north-west; China, Bhutan and Nepal to the north. Myanmar to the east; and Bangladesh to the east of West Bengal. The climatic variations are as vast as its size. 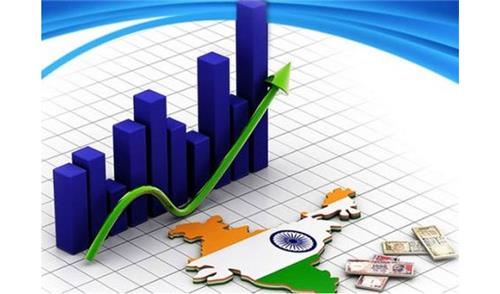 India is now self-sufficient in agriculture and is one of important industrialised countries of the world. The country’s educated and skilled workforce contributes significantly to various other sectors like trade, banking, and software industries.
With the starting of the Five Year Plan in 1951, India’s economy received a boost with the focus now not only on agriculture but on manufacturing industries as well. For more on Economy of India, click here

People and Culture of  India 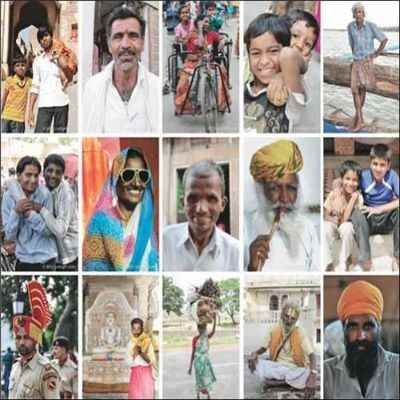 (Source: livingif.com)
Discover India through its myriad expressions, remarkable sculptures, aesthetic cinematic language, beats of tabla and musical strings of tanpura, and poetic language.
India speaks twenty four different languages. English is the main language of communication across the length and breadth of the  country.
Fore more on Culture of India, click here
Population: India's population, as on 1 March 2011 stood at 1,210,193,422 (623.7 million males and 586.4 million females).
Population Growth Rate: The average annual exponential growth rate stands at 1.64 per cent during 2001-2011.
Birth Rate: The Crude Birth rate was 18.3 in 2009.
Death Rate: The Crude Death rate was 7.3 in 2009.
Life Expectancy Rate:  65.8 years (Males); 68.1 years (Females) in the period 2006-2011.
Sex Ratio: 940 females per 1000 males according to 2011 census
Nationality: Indian
Ethnic Groups: All the five major racial types - Australoid, Mongoloid, Europoid, Caucasian, and Negroid find representation among the people of India.
Languages: There are 22 different languages that have been recognised by the Constitution of India, of which Hindi is an Official Language. Article 343(3) empowered Parliament to provide by law for continued use of English for official purposes.
Literacy: According to the provisional results of the 2011 census, the literacy rate in the Country stands at 74.04 per cent, 82.14% for males and 65.46% for females.

For a personal discovery of India, a journey of the country is an absolute must! Whatever be your forte – adventure or luxury, wildlife or sun and sand – India has options that few countries can match up to.
Trek through the mythical and rugged terrains of Ladakh and Zaskar, feel like a prince in an enchanting camel  safari in the Thar, be your romantic best in a moonlit Taj Mahal, one of the seven wonders of the world, water-ski  and enjoy the thrills in the beaches of Goa  or enjoy a breathtaking view of the Kanchenjunga from Darjeeling or watch the one-horned rhino in Kaziranga National Park in Assam.
India is a shopper’s paradise – from street and bargain shopping in Mumbai and Delhi to the malls in Bangalore and Delhi. Along with it India is famous for Hyderabad’s biriyani to Kashmiri pulao – there is no end to India’s foodie delight!

(Source: exploreindia.net)
Incredible India - the name is true to its meaning when it comes to the varied modes of transport. Enjoy a ride on Nilgiri Mountain Railways on your way to Ooty and the Toy Train in Darjeeling or live life king-size in Royal Rajasthan on Wheels. 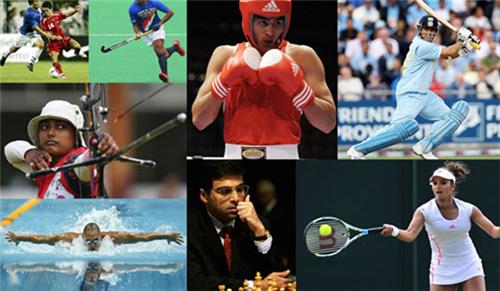 Love of sports is not uncommon in India though there is a long way to go when the medal tally of Olympics is concerned.  Fore more on Sports in India, click here 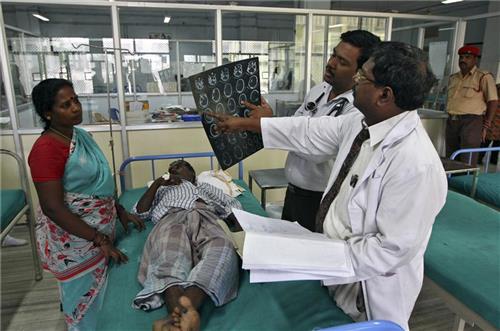 People choose India for medical tourism not only because of its low cost but quality medical treatment by the top-notch doctors in AIIMS Delhi, Apollo, Netrayala in Chennai and Vellore Medical College. People from abroad also also flock India for medical treatment to some of the best hospitals across the country.
Last but not the least, India is what it is today because of its people. Though there have been ups and downs, natural calamities and terrorist attacks, India - a country for the people, of the people and by the people, will always stand among the powerful nations of the world.
48220