The Government of India is responsible for the safety and security of the country. The country has an integrated and an advanced defense system. The primary military organization in the country is the Armed Forces which comprises of three wings- the Army, the Navy, and the Air Force. 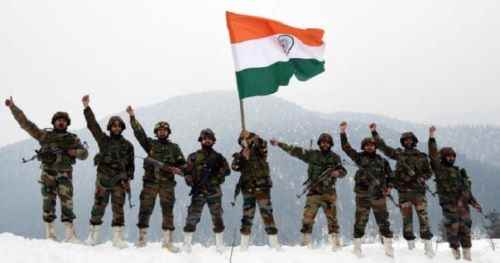 The President of India is the Supreme Commander of the armed forces. However, responsibility for national defense rests with the Cabinet. This is executed through the Ministry of Defense, which provides guidelines to the Armed Forces to fulfill their responsibilities in the context of the defense of the country.

The Indian armed forces include few auxiliary forces such as the Indian Paramilitary Forces, the Indian Coast Guard, and the Strategic Forces Command. Some analysts have predicted India to possess the fourth most capable concentration of power by 2015. It is currently the third largest armed force in the world.

India became a nuclear power in 1998 by successfully conducting underground nuclear tests. This was followed by international military sanctions which were gradually withdrawn after September 2001.
Recently, India has signed a nuclear deal with United States that would allow the United States to supply civilian nuclear technology to India and nuclear fuel to Indian reactors. India has adopted a “No first use nuclear policy”.
19854