Indian Air Force was established in 1932. It has its headquarters at Delhi. The chief officer is Air Chief and is supported by Air Chief Marshal, Air Force Assistant Marshal, Air Officer In-charge (Administration), Air Officer In-charge (Personnel) and Air Officer In-charge (Maintenance). India had only 10 squadrons at the time of Independence in 1947 which has now increased to 50 as if now.
Nabham Sparsham Deeptham is the motto of the Indian Air Force which means Touch the Sky with Glory. For the unversed, the motto of IAF has been taken from the eleventh chapter of the Bhagavad Gita.
There are seven Commands which has 5 fighters and 2 supporters. Indian Air Force is the fourth largest air force in the world  with more than 1,500 active aircrafts and 1,50,000 personnel.
During natural calamities or disasters in the country, IAF has always taken part in relief operations. Few that could be mentioned include the Gujarat cyclone (1998), Tsunami (2004), and the floods in North India.
The force has also been part of various operations like Operation Vijay, Operation Meghdoot, Operation Poomalai, among others. 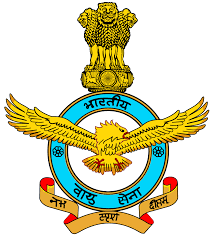 The posts held in descending order are:

Indian Air Force is divided into five major commands and 2 supporting commands. These commands and their headquarters are: