Internal Security in India can be broadly classified into Border Management Forces, Police Forces, Security Organizations and the forces/organizations acting for security concerns. 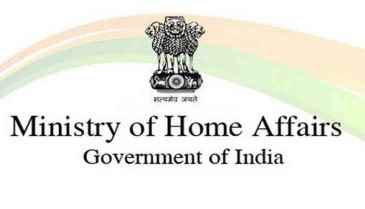 Border management is one of the important aspects in India’s internal as well as external security. The country has 15,200 km (9,400 mi). of land border running through 96 districts in 17 states and a coastline of 7516.6 km touching 13 states and union territories. The total number of islands in India is 1197 which accounts to a stretch of 2094 km additional border or coastline.

Excluding Madhya Pradesh, Chhattishgarh, Jharkhand, Delhi and Haryana, India have one or more international borders or coastline and can be regarded as frontline states which are very much important from the border management point of view.

Apart from international border and coastline, all states have well defined borders. Further addition or elimination of areas to or from a particular state or union territory are made whenever necessary, on the basis of the amendments of the constitution.
All types of state border disputes are resolved amicably by the centre. Management of state borders is treated as an important facet in internal security of the nation.

Below is a list of the length of India’s land borders with neighboring countries.

Central Police forces perform various jobs during emergencies to maintain internal security of the nation. These police forces are engaged in various quarters of the country for the security arrangement.
For example the Central Industrial Security Force (CISF) is responsible for the protection of the industries from any damage or security. The CISF has also been offered the charge of providing security majors in Indira Gandhi International Airport and Taj Mahal.

Likewise, the National Security Guard is a Contingency Deployment Force to tackle all facets of terrorism in the country while the Border Security Forces are deployed near international borders to protect the land from infiltration and other related matters.

There are seven police forces under the Home Ministry of the Union Government.
State & UT Police Forces
City Police Forces

Tackling Natural Calamities
The Ministry of Home Affairs is the nodal ministry for tackling the situation during natural calamities. In coordination with the concerned state governments the ministry provides emergency relief and responses to the people of the affected areas. The type of responses may include search, rescue, evacuation, air dropping, air lifting, communication, transport, food grains and providing with essential commodities and medicines.
Useful Links
Naxal and Maoist Activities
Naxal and Maoists activities are major threats for the national security in the recent period. The Government of India in association with the state governments has adopted a multi pronged strategy to combat the problem of Naxalism in the country.
There are continuous talks going on with the Naxal outfits. The government has also tried to solve the grass root level problems concerned with the people.
It has accelerated economic development, increased employment opportunities, removed or reduced socio-cultural alienation of the people and has also broaden effective anti-naxalite police actions.