Economy and Industry of India

Economy and Industry of India

India has retained its position as the third-largest economy in the world in terms of purchasing power parity (PPP), behind the US and China, the Ministry of Statistics & Programme Implementation (MoSPI).
India accounts for 6.7% or $8,051 billion, out of the world's total of $119,547 billion of global Gross Domestic Product (GDP) in terms of PPP compared to 16.4 % in case of China and 16.3 % for the US, World Bank data for reference year 2017 show.
The findings are part of the World Bank new PPPs for reference year 2017, under the International Comparison Programme that adjust for differences in the cost of living across economies of the World. Globally 176 economies participated in the 2017 cycle of ICP. The next ICP comparison will be conducted for reference year 2021.
India is also the third largest economy in terms of its PPP-based share in global Actual Individual Consumption and Global Gross Capital Formation 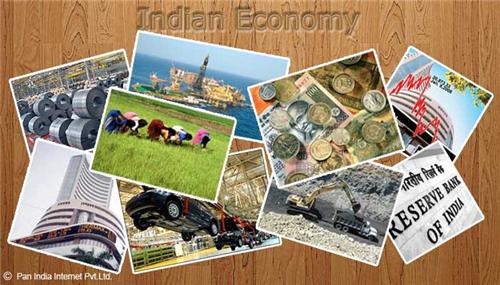 The two-thirds of the Indian workforce depend directly or indirectly on agriculture. However, the service sector also plays an important role in India’s economy. India’s major industries include textiles, chemicals, food processing, steel, transportation equipment, cement, mining, petroleum, machinery and software.
India is a major exporter of highly-skilled workers in software, and financial services. Due to continuous economic expansion, India has made significant progress in reducing its federal fiscal deficit. However, the massive growth of population is the fundamental social, economic, and environmental problem.
76171