A budget is a money plan that lists all the planned expenses and revenues. With it, financial resources are organized and controlled. A budget is the most cardinal and most efficacious financial management tool available. 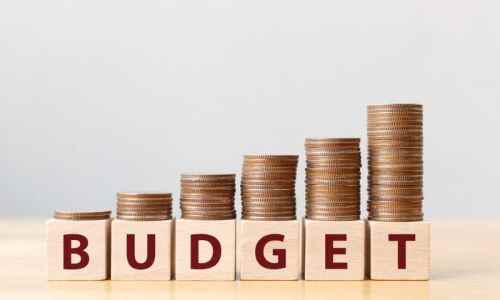 Budget, an important concept of microeconomics, is a budget line to illustrate the trade-offs between two or more goods. It is an organizational plan stated in monetary terms.

Budgeting proves to be beneficial in the sense it provide a forecast of revenues and expenditures, decisions on certain strategies, events and plans to be carried out and also enable to measure the actual financial operation of the business in comparison of the forecast.

Every fiscal year Finance Minister of India presents Union Budget to give comprehensive details of the both Government’s revenues as well as expenditures. It is the most significant economic and financial event in India.

The fiscal year is calculated from April 01 to March 31.The first Union budget of independent India was presented by R. K. Shanmukham Chetty on November 26, 1947. Since independence, 28 Union Finance Ministers have presented the union budget for Indians.
Much attention was given to the agricultural sector in the beginning but later on, the focus shifted to the other sectors including the industrial, financial and other sectors.

Indira Gandhi, the then Prime Minister of India, took over the Ministry of Finance after Desai and became the only woman to hold the post of the finance minister.

In the fifties, Indian budget highlighted public sector and public finance as taxation, inflation, public savings and so on. This trend continued with Indian budget announcements till 1985.

Rajiv Gandhi presented the budget for 1987-88 after V P Singh quit his government, becoming the third Prime Minister to present a budget.

Manmohan Singh presented the budget for 1991-92 as the Finance Minister. The approach changed with Mr. Manmohan Singh who was the Finance Minister under the prime ministership of P.V. Narsimha Rao.
He liberalised the Indian economy and relaxed the control of Government over public sector units through disinvestment. Manmohan Singh, in his annual budgets of 1992-93, encouraged foreign investments and reduced peak import duty from 300 plus percent to 50 percent.
The liberalization process is going on till date and is seen in interim budget and Indian budget announcements. The final budget for 1996-97 was presented by Finance Minister P. Chidambaram who hailed from Tamil Maanila Congress.

When BJP came into force in 1998 Yashwant Sinha, the then Finance Minister in this government, presented the interim and final budgets for 1998-99.
After general elections in 1999, Sinha was re-appointed finance minister and presented four annual budgets from 1999-2000 to 2002-2003. Due to elections in May 2004, an interim budget was presented by Jaswant Singh.

According to Article 112 of the Constitution of India the Union Budget of India or Annual Financial Statement is the annual budget of the Republic of India. The budget is  presented on the last working day of February of current fiscal year. The budget is presented for approval before the House before it can come into effect on the beginning of next financial year.

For a complete information on current budget log on to https://www.indiabudget.gov.in
3207