The economic history of India can be understood by the background of its pre-colonial era, colonial era and post colonial era.

The country saw the first urban settlement during the times of Indus valley civilization. The era marked the practice of settled lifestyle from nomadic types and adopted agriculture, domesticated animals, used uniform weights and measures, made tools and weapons, and traded with other cities.
Agriculture also opened the further options of hand-based industries, such as textiles, food processing and crafts resulting into self- sustaining economy in the era.

Barter system was mainly observed for trading purposes. Villages used to pay a portion of their agricultural produce as revenue to the rulers, while its craftsmen received a part of the crops at harvest time for their services. Hands made goods were also exported to Europe, the Middle East and South East Asia in return for gold and silver.

India flourished in the sector of agriculture by the end of Medieval Age, the medieval age marked the decline of Mughals and rise of Maratha Empire.
During this time Indian economy was on its zenith but later the economy started declining with the appearance of British in the country. The phase of decline continued till the year 1857.

India was at its peak and referred golden bird before the arrival of different invaders to the country but several invasions turned the golden bird into mere crippling bird riddled with poverty and illiteracy.

East India Company also invaded the country and further worsened the economic conditions of the country by imposing different taxes like revenue taxes, property taxes and so on on the general public.
These harsh economic policies caused mass impoverishment and destitution of majority of people and also resulted into massive drain of India’s resources by ruining India's large handicrafts industry.

Indians protested the system by employing swadeshi movement, as plan to diminish British economic superiority by boycotting British products in the Indian market and reviving the market for domestic-made products and production techniques.

An estimate by Cambridge University historian Angus Maddison reveals that India's share of the world income fell from 22.6% in 1700, comparable to Europe's share of 23.3%, to a low of 3.8% in 1952.
Few of the positive aspects of the British colony rule are the introduction of free trade, single currency with fixed exchange rates, standardized weights and measures, capital markets.

The company also established a well developed system of railways and telegraphs, a civil service that aimed to be free from political interference, a common-law and an adversarial legal system.
The time of British rule in India coincided with the major changes of industrialization, and significant growth in production and trades in the world economy.

The colonial rule left the India in miserable condition with the poorest economy in the world with poverty all around and low rates of literacy. 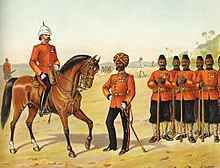 India faced another trauma of partition just after the independence which crushed the country by physical and economic disruption and further worsened the state of Indian economy. Economic policies formulated under the leadership of Pt Jawahar Lal Nehru, after independence was influenced by the colonial experience.

In late 80’s, then Prime Minister Mr. Rajiv Gandhi further improved the state of Indian economy by relaxing certain rules like reduced  corporate taxes removed price controls all resulted into the increased rate of growth and high fiscal deficits and a worsening current account.
In 1990, Prime Minister Narasimha Rao along with his finance minister Manmohan Singh initiated the economic liberalization of 1991 and ended many public monopolies, allowing automatic approval of foreign direct investment in many sectors.

Since then, the overall direction of liberalization has remained the same and India has encounted as one of the fastest-growing economies in the developing world, during this period, the economy has grown constantly, but with a few major setbacks. This has been accompanied by increases in life expectancy, literacy rates and food security.

The economy had stagnated since the late nineteenth century, and industrial development had been controlled to preserve the area as a market for British manufacturers. 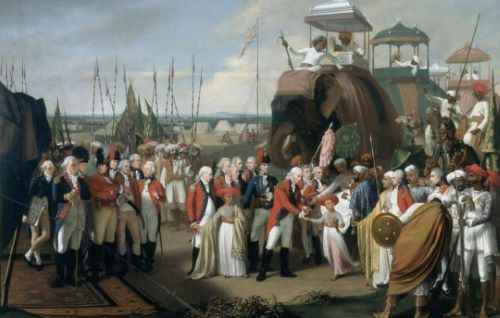