One of the serious problems faced by India's economy is the alarming growth rate of regional differences among India's different states and territories in terms of per capita income, socio-economic development, poverty and availability of infrastructure.

Economic disparity is easily visible in the country by the fact that 40-50% of the populations in Bihar and Orissa live below the poverty line while states such as Delhi and Punjab exhibit very low poverty ratios. 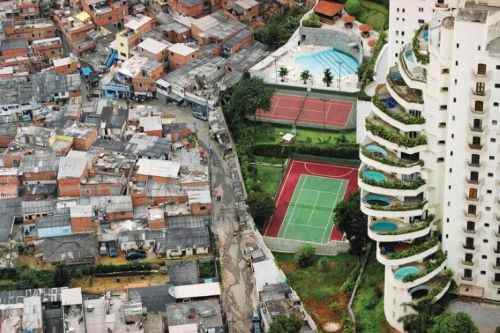 Maharashtra has the highest GSDP among 33 Indian States and Union Territories. As of the FY 2018-19, Maharashtra contributes 13.88% of India's GDP at current prices, followed by Tamil Nadu (8.59%) and the most populous state Uttar Pradesh (8.35%). Other states in top 5 are Gujarat (7.92%) andKarnataka (7.87%).
India's largest state Rajasthan is at number 7, behind West Bengal, poorest state Bihar is at number 14, and capital Delhi is at number 12. A. & N. Islands has lowest GSDP in the list of 33 states/UTs. Next, Inline comes to Mizoram, Arunachal Pradesh, Nagaland, and Manipur.
During Period 2012-19, Mizoram has the highest average growth rate of 12.56%, followed by Tripura (9.94%), and Gujarat (9.83%). Six states/uts grew by an average of above 8 percent per year between fiscals 2013 and 2019. Sixteen states have grown faster than India's average 6.95 percent at constant prices. The five slowest growing states are Meghalaya (3.17%), Puducherry (4.69%), West Bengal (5.16%), Nagaland (5.46%), and Goa (5.48%).
Though the Indian Govt. is constantly trying to improve the economic status of different states by implying different policies and programs yet the issue is of major concern. The five-year plans introduced by the Indian Govt. have proved to be useful in reducing regional disparities.

5 years plan emphasized on encouraging industrial development in the interior regions, but industries still tend to concentrate around urban areas and port cities while on other hand, union and state governments of backward regions are putting their efforts to bring the country under the state of economic equality rather than economic disparity.

Government is trying to reduce the disparities by offering tax holidays, cheap land, among others, and concentrating on sectors like tourism, which can boost the state’s economy.
11592