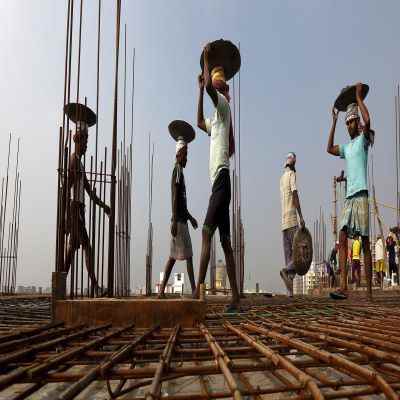 India population is equivalent to 17.7% of the total world population. India ranks number 2 in the list of countries (and dependencies) by population. Series of economic reforms stimulate foreign investment and thus India moved forward to the front ranks of the rapidly growing Asia Pacific region and unleashed the hidden strengths of a complex and rapidly changing nation. The process of economic reform vests with in a political parties.

Several institutions in India offer foreign investors an environment that guarantees the security of their long-term investments. Presence of a free and vibrant press, a judiciary, a sophisticated legal and accounting system and a user-friendly intellectual infrastructure make India suitable place to make investments.

The private sector is the backbone of Indian economy. Private sector contributes over 75% of its GDP and offers considerable scope for joint ventures and collaborations. Today, India is one of the fastest emerging markets in the world.

The Monopoly and Restrictive Trade Practices Act (MRTP Act) encourage large industry to enter the road sector and hence to facilitate better transport facilities. The National Highways Act has been passed to reduce tolls on national motorways, bridges and tunnels.

Calcutta's Howrah Bridge is the world's busiest bridge with a passage of more than 57,000 vehicles and innumerable pedestrians daily. The entry of private companies in the energy sector has been encouraged as the import duties has been reduced, exemption of tax for new energy projects for a term of five-year and a 16% return on equity.

The government is also working on new telecommunications policy which will improve the condition of communication quality to a worldwide standard. This workout will make India a major producer and exporter of telecommunication systems. The fruitful policies in this sector are encouraging private and foreign investments.

Development of infrastructure was marred by corruption, bureaucratic inefficiencies, urban-bias and an inability to scale investment. Low spending on power, construction, transportation, telecommunications and real estate has prompted the government to partially open up infrastructure to the private sector allowing foreign investment which has helped in the growth.

India has the world's second largest road network and is growing its Road Network. Spanning a total of 5.89 million kilometres (kms). This road network transports 64.5% of all goods in the country and 90% of India's total passenger traffic uses road network to commute.
The internet penetration rate in the country stood at around 50 percent in 2020. This meant that around half of the 1.37 billion Indians had access to internet that year. Most urban cities have good water supply water 24 hours a day, while some smaller cities face water shortages in summer season.

The rapid urbanization and the increasing pressure on major cities from the migrant population, has resulted in shortage in housing, inadequate water supply and sewerage, traffic congestion, pollution, poverty and social unrest.

Real India lives in its villages. Development of rural infrastructure is the key to alleviate the living standards of rural poor. Poor financial health of the state governments, insufficient rural development projects and the in completion of many sanctioned projects interrupt rural growth.

Government of India initiated the Rural Infrastructure Development Fund (RIDF) in 1995-96 with a starting investment by both public and private sector worth Rs 2000 crores. RIDF covered the deficiency of funds of both private and public for rural infrastructure development and shortfalls in target by public banks for agricultural lending.
1995