The Currency in India is managed by Department in RBI. It also issues note and coins. RBI prints currency notes and mint coins in four printing presses and mints located in The mints are located at Mumbai, Hyderabad, Kolkata and NOIDA. The Reserve Bank of India has offices at 31 locations. 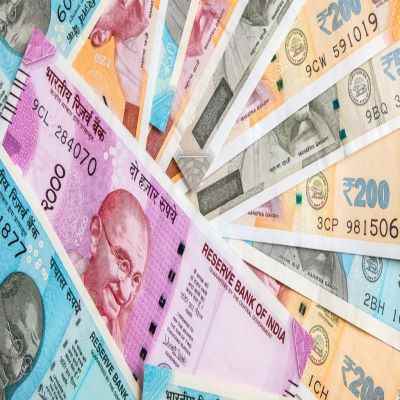 The Department also checks or tracks on notes in circulation and the stocks at RBI offices and currency chests. The Reserve Bank issues banknotes in the denominations of  ₹10, ₹20, ₹50, ₹100 ₹200, ₹500, and ₹2000. Government of India mints coin under the denominations of One Rupee, Two Rupees, Five Rupees, Ten Rupees and Twenty Rupees.

Reserve Bank of India has decided to introduce plastic banknotes on a trial basis in September 2009. Initially, 1 billion pieces of Rs. 10 denomination notes will be introduced whose life will be 4 times the regular Indian bank notes and be difficult to counterfeit.

To counter fake currency notes following security check must be taken care of:

Indian Rupee is written as INR in exchange terms and its value is determined by market exchange rate with respect to the US dollar. INR is not hooked to a specific foreign currency at a particular exchange rate. RBI get involves through active trading in currency markets to bring low volatility in the exchange rates.

Rupee convertibility is a series of customs regulations restricting the import and export of rupees. In 2019, the total value of exports (FOB) is US$ 323,251 million. The total value of imports (CIF) is US$ 478,884 million. At the HS6 digit level, 4,442 products are exported to 226 countries and 4,356 products are imported from 210 countries.

There is no restriction on currency conversion that would hamper buying or selling foreign exchange on the current account.
On the capital account, foreign institutional investors under quantitative restrictions have convertibility to bring money in and out of the country and buy securities.

Possessing 500 and 1000 rupee notes in Nepal is prohibited. If you're resident in India, you can bring up to INR 25,000 into the country.