India at the time of independence was left with crippling economy by British, which needed attention and well planned strategies to boom again in the global market. The pioneers of the Indian government at then times formulated 5 years plan to develop the Indian economy. 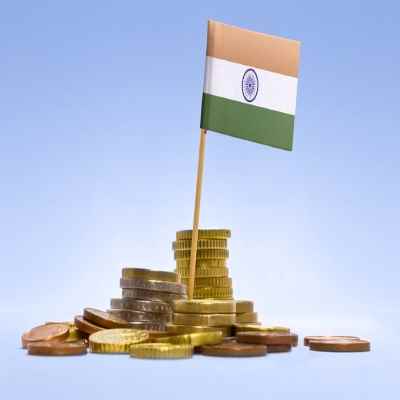 The duty of the chairman of the planning commission in India is served by the Prime Minister of the country. The tenth plan finished its term in March 2007 and the eleventh plan is currently underway.

Objectives and success of different Five Year Plans in India:

It aimed towards the improvement in the fields of agriculture, irrigation and power and the plan projected to decrease the countries reliance on food grain imports, resolve the food crisis and ease the raw material problem especially in jute and cotton.

Nearly 45% of the resources were designated for agriculture, while industry got a modest 4.9%. The focus was to maximize the output from agriculture, which would then provide the momentum for industrial growth.

1st five year plan proved dramatic success as agriculture production hiked, national income went up by 18%, per capita income by 11% and per capita consumption by 9%.

It projected towards the agriculture programs and to meet the raw material needs of industry, besides covering the food needs of the increasing population. The Industrial Policy of 1956 was socialistic in nature. The plan aimed at 25% increase in national income.

Plan’s main motive was to make the country self reliant in agriculture and industry and for this allotment for power sector was increased to 14.6% of the total disbursement.

This five year plan mainly emphasized on encouraging education and creating employment opportunities for the marginalized section of the society as improvement in their standard of living would only make the country economically self- reliant.

Another aim of the plan was to create awareness about the Family planning program among Indians.The achievements of the fourth plan were not as per the expectations as agriculture and industrial growth was just at 2.8% and 3.9% respectively.

The fifth plan mainly aimed on checking inflation and various non-economic variables like nutritional requirements, health, family planning etc. The plan anticipated 5.5% growth rate in national income. The plan could not complete its 5 year tenure and was discontinued by the new Janata government in the fourth year only.

The 6th five year plan was formulated by the Congress government in 1980 which equally focused on infrastructure and agriculture. The plan was successful in achieving a growth of 6% pa.

This period was of political instability hence, no five year plan was implemented during the period; only annual plans were made for the period between 1990 and 1992. The country faced severe balance of payment crisis.

The eighth plan aimed towards modernization of industries, poverty reduction, encouraging employment, strengthening the infrastructure. Other important concerned areas were devaluation of rupees, dismantling of license prerequisite and decrease trade barriers. The plan helped to achieve an annual growth rate of 5.6% in GDP and also controlled inflation.

The ninth five year plan focused on increasing agricultural and rural income and to improve the conditions of the marginal farmer and landless laborers. The plan helped to achieve average annual growth rate of 6.7%.

The 10th five year plan targeted towards making India’s economy as the fastest growing economy on the global level, with an aim to raise the growth rate to 10% and to reduce the poverty rate and increase the literacy rate in the country.

The plan showed success in reducing poverty ratio by 5%, increasing forest cover to 25%, increasing literacy rates to 75 % and taking the economic growth of the country over 8%.

The eleventh five year plan targets to increase GDP growth to 10%, to reduce educated unemployment to below 5% while it aims to reduce infant mortality rate to 28 and maternal mortality ratio to 1 per 1000 live births, reduce Total Fertility Rate to 2.1  in the health sector. The plan also targets to ensure electricity connection and clean drinking water to all villages and increase forest and tree cover by 5%.

The Twelfth Five-Year Plan of the Government of India has been decided to achieve a growth rate of 9% but the National Development Council (NDC) on 27 December 2012 approved a growth rate of 8% for the Twelfth Plan.
12th Five-year plan was the last five-year plan of India. 6. The decades-old five-year plan is now replaced with the new three-year action plan, which will be a part of the seven-year strategy paper and 15-year vision document.
The objectives of the Twelfth Five-Year Plan were:
With the Planning Commission dissolved, no more formal plans are made for the economy, but Five-Year Defense Plans continue to be made. The latest would have been 2017–2022. However, there is no Thirteenth Five-Year Plan
41972