Reserve Bank of India is the apex monetary institution of India which is responsible for the regulation of currency, printing of banknotes and minting coins. It is also called as the central bank of the country.
The bank was established on April1, 1935 in Kolkata according to the Reserve Bank of India act 1934 but was later shifted to Mumbai in 1937.
RBI was initially privately owned but since nationalization in 1949, the Reserve Bank is owned by the Government of India. The Governor sits in Central Office where policies are formulated. 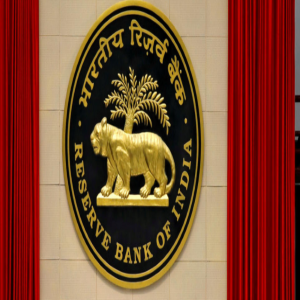 The preamble of the reserve bank of India is as follows:

"...to regulate the issue of Bank Notes and keeping of reserves with a view to securing monetary stability in India and generally to operate the currency and credit system of the country to its advantage."

A central board of directors governs all the affairs of Reserve Bank. The board is appointed by the Government of India in keeping with the Reserve Bank of India Act. The members of RBI are appointed or nominated for a period of four years.
The board constitutes full time Governor and upto four deputy Governors as the official directors and non-official directors nominated by Government includes its one official and ten directors from various fields.
Among others four directors from each of the four local boards are also appointed. These members provide general superintendence and direction in the Bank's affairs.

The four local boards are located in four regions of the country in Mumbai, Calcutta, Chennai and New Delhi. Each of the local board consists of five members each. These members are appointed by the Central Government for a term of four years.
These members advise the Central Board on local matters and represent territorial and economic interests of local cooperative and endemic banks, to perform functions as designated by Central Board from time to time.

Some Interesting Facts about RBI