Taxes by State Government in India

Taxes by State Government in India 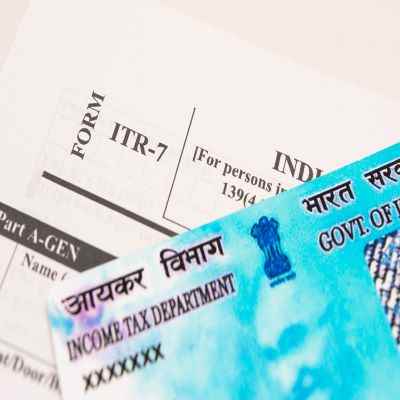 The Department of Revenue, under the Ministry of Finance, exercises control in respect of matters relating to all the direct and indirect taxes, through two statutory Boards, namely, the Central Board of Direct Taxes (CBDT) and the Central Board of Customs and Central Excise (CBEC).
There are various taxes that an Indian citizen needs to pay to its government. So here is the list
Direct Tax
Taxes which are paid directly by individuals and organisations to the government of India come under Direct Tax. like  Personal Income Tax, Capital Gains Tax, Securities Transaction Tax, Perquisite Tax, Corporate Income Tax, Marginal Tax, Rate Tax on Agricultural.
Indirect Tax
Service Tax which is incurred indirectly by the government of India are provided by firms and servicing companies in lieu of monetary benefit. Service tax is charged at the rate of 15% currently.
Goods and Services Tax
Goods and Services Tax (GST) is an indirect tax (or consumption tax) levied in India on the supply of goods and services. It is levied at every step in the production process.

Income tax
Besides agricultural income, Income Tax is mainly collected by the central government. It is imposed on individuals or entities (taxpayers) that varies with respective income or profits (taxable income).
Custom Duty
This tax is levied on goods imported in India as well as exported from India.
Excise Duty
Central Excise duty is an indirect tax levied on those goods which are manufactured in India and are meant for home consumption. The term "excisable goods" means the goods which are specified in the First Schedule and the Second Schedule to the Central Excise Tariff Act, 1985 , as being subject to a duty of excise and includes salt.
Corporation Tax
Company whether Indian or foreign is liable to taxation, under the Income Tax Act,1961. Corporation tax is a tax which is levied on the incomes of registered companies and corporations.
Domestic company
An Indian company which has been formed and registered under the Companies Act,1956 or any other company which, in respect of its income liable to tax, under the Income Tax Act, would have to pay the tax.
Foreign company
A company whose control and management are situated outside India, and which has not made the prescribed arrangements for declaration and payment of dividends within India.

Electricity Duty
Although the taxes are collected by the central government, Electricity Tax may vary from state to state.
Value Added Tax (VAT)
One of the important components of tax reforms initiated since liberalization is the introduction of Value Added Tax (VAT). The VAT is a multi-point destination-based system of taxation, with tax being levied on value addition at each stage of the transaction in the production/ distribution chain.
Sales Tax
It is the tax which is paid to the government for the sales of products and services.
Entertainment Tax
In India, a tax is imposed on things related to entertainment such as for movie tickets, festivals, commercial shows, amusement parks etc. and the revenue goes to the state government.
Toll Road Tax
Also called as turnpike or tollway, toll tax is a fee paid by the passerby. The toll is collected to recover the cost of road construction, maintenance etc.
56164