Ever since man took over the natural resources beyond limits; Mother Nature has been subjecting it to her fury time to time. Natural disasters have been taking toll on various parts of the world, since then.
Owing to how badly man has exploited various natural resources, now its nature’s turn to take its revenge. A part of the revenge has been suffered by India as well. Several natural disasters happen due to climatic conditions in the area.
These are floods, droughts, cyclones, dust-storms, snow-storms and avalanches. Due to excessive pouring during monsoons, landslides happen in hilly areas which disturb the life to a huge extent in those areas and even in the nearby ones. Hail-storms also take place in India that costs the area its crops. 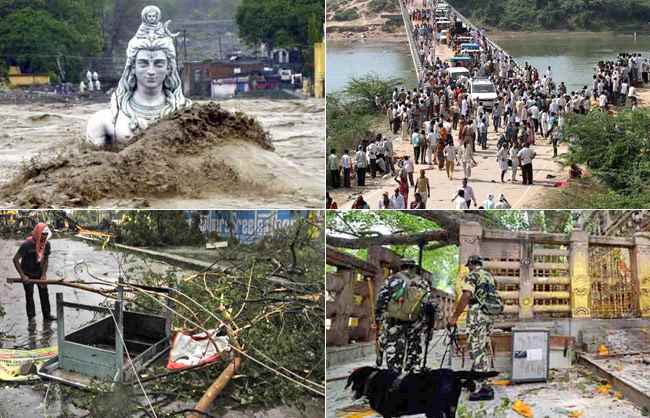 Landslides in India – Regions and Causes

In India, the landslides keep happening time to time in lower Himalayas. This is because these hills are not that old and are still into formation.
They usually are likely to slide amongst themselves. This reason behind this is deforestation as the trees that hold the soil tight have been cut in huge number which has resulted to heavy landslides.
Apart from lower Himalayas some areas of Western Ghats also experience landslides, though not such heavy ones. In major parts of Himachal Pradesh, Kashmir and Sikkim, avalanches are quite common. 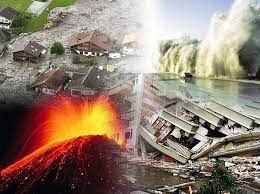 Floods in India – Causes and Effects

This is the most widely occurring natural calamity that takes place in almost all the regions of India. The heavy rainfall causes the water-levels of major rivers like Brahmaputra to rise up. This results in destruction everywhere in that region, effecting crops majorly.
Another cause that contributes majorly to this is, global warming. The huge ice deposits are melting at a fast pace increasing the water levels further. For past few decades, floods have been occurring in Central India. The disbalance in environmental cycle has led to all sorts of environmental issues, floods being most common of them.
The heaviest of recorded floods in India have been the Madras flood of 1943, the Gujarat flood of 2005, the Ladakh floods of 2010, the Brahmaputra floods and Himalayan Flash floods of 2012, the Assam floods of 2013, the Great flood of 1999 and the flood that occurred lately in 2014 in almost entire of Jammu.

Cyclones represent the most devastating part of Mother Nature’s rage towards mankind that has been harming her.
The coastal regions that come under Intertropical Convergence Zone including the Bay of Bengal are hit by cyclones which are characterized by storming rains that lead to complete blackout and cutoff from all sorts of connectivity even for important supplies. 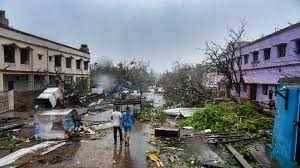 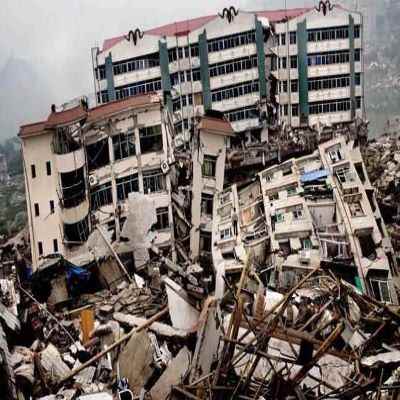 India has a history of havoc created by earthquakes which happen due to sliding of various layers of the earth. The slide of the Indian sub-continent is moving towards rest of Asia at a considerable rate. This has created various zones that are prone to earthquakes.
Till date, the areas in India that have been affected by earthquakes are Kangra in Himachal Pradesh, Andaman & Nicobar, Jammu & Kashmir, West Bengal, New Delhi, Gangtok in Sikkim, Ratnagiri in Maharashtra, parts of Gujarat, Latur in Maharashtra, Uttarkashi in Uttarakhand, parts of Himachal Pradesh, Arunachal Pradesh and Kolkata in West Bengal. Almost all of India has suffered from the fury of earthquake.
Apart from these major natural issues, there are many more like drought, heat waves and wildfires that have been bothering life in India to a great extent. Several measures have been taken to avoid the extent of damage, yet a lot needs to be done in this regard. Read More
32017