Soil and Land Degradation in India

Soil and Land Degradation in India

The land serves as the storehouse of all the nutrients that are essential for the living beings including plants that grow on them. The more productive is the land, the demands of its inhabitants are met in a better way. 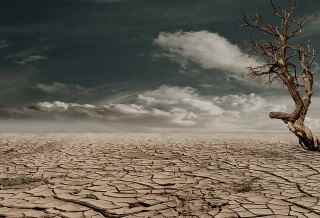 They can rely upon their land the way a baby relies upon his mother for all his requirements. But unfortunately, they tend to forget that their land too has certain limitations. The tremendous rise in the population has led to increase in these limitations.
India holds about 18% of total world population and 15% of total livestock population but the total geographical area including the pasture lands is just 3.5% which is way to less for them. Even the availability of agricultural land has decreasing noticeably, over the years.


The Scenario of Soil Degradation in India

Of the total geographical area of India (328.5 million hectares), the total cultivated area is approximately 11 million hectares. About 40% of this area is used for irrigation and remaining 60% of it depends upon rain for irrigation.
The erosion due to water and wind has been degrading this land to a large extent. The land needs the improvement in quality so that the total production every unit may be improved.
While the part of land that is fed by the rain is less productive owing to it’s too much of dependency upon the rainfall. This leads to fluctuation in productivity all through the years.
A major population of rural India lives on this 60% of rain-fed land. They suffer due to unstable production led by the land. When it rains adequately, the production is fine and when it does not, the production is way less.


Causes of Soil Degradation in India

There are several causes of soil degradation in India:
The ever-increasing population – Due to this factor, the ration of land and population has been disturbed badly.

Insecure Property Rights - this is yet another factor responsible for soil degradation and is recognized as market and institutional failure.

Several agencies have been researching and assessing on the soil degradation in India. They have come up with different results owing to differences in the approaches and definitions of soil degradation that they followed while assessing.
These agencies are Society for Promotion of Wasteland Developments, National Commission on Agriculture, Ministry of Agriculture, National Remote Sensing Agency and National Bureau of Soil Survey and Land Use Planning (NBSS&LUP).

There are many problems related to the land and soil degradation being faced in various parts of the country. As per the reports by NBSS&LUP, about 146.82 million hectare of land is facing various types of land degradation including water erosion, wind erosion, flooding, soil acidity, oil alkalinity.


Need of the Hour 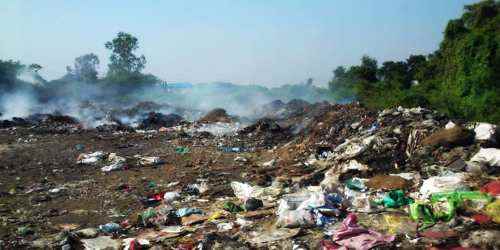 Realizing any issue is not all! A lot needs to be done while implementing various schemes and programmes and before that, an approach is needed for their correct implementation. Following are some requirements that are actually the need of the hour:

Realizing the problem of land and soil degradation, the government has taken several measures to combat the problem.
Several watershed development projects have been carried by various ministries – Ministry of Rural Development and Ministry of Environment & Forests and Ministry of Agriculture. These projects are:
Apart from these, some more projects have been carried on by the ministries. These projects are Externally Aided Projects which are aided by technical and financial aid by external agencies.


Programmes for Development of Degraded Lands by Ministry of Agriculture

Several NGOs like Ekta Parishad have come up to work towards this direction.  They have been working towards spreading awareness among the masses about this grave problem and the impact they would be laying on them.
Several measures has been implemented yet much more needs to be done which is possible only through active participation of each and every member of the all the communities.
2792