Apart from air pollution, water pollution has been another major environmental concern in India. The pollution-levels have been increasing over the decades. This has lead to the death of many both man and animals. 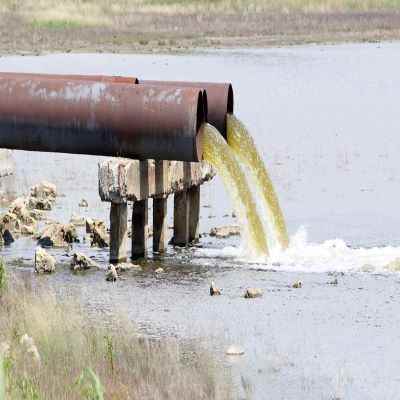 In 2012, the Ministry of Drinking Water and Sanitation estimated about 600 increased cases of death due to water-borne diseases like typhoid, chronic gastritis and diarrhoea, led by drinking contaminated water, as compared to that in 2011.

There are several causes to this deadly problem like untreated sewage, wastes from factories and small scale industries, domestic wastes and a number of religious malpractices.

Causes of Water Pollution in India

It takes years to develop and grow any virtue but takes moments to ruin it. India once used to be the most well-maintained nation but over the period of time it has turned out to be a heavily polluted one. There are many causes to it:

Untreated Sewage: The most disgusting part about this fact is the tremendous sewage problem at a massive level which is left untreated. In the rural areas in India, due to limited or even zero provision for toileting, a large population goes to the riverside areas for the purpose.
Due to insufficient sewage treatment plants in the cities, and a majority of sewage treatment plants established by the government staying closed most of the time due to maintenance issues; the domestic wastes stay untreated and are expelled to the water bodies. This pollutes them badly.

According to a study conducted by the World Health Organization in 1992, of the 3119 cities in India, only 209 cities have proper sewer treating provision and just 8 cities have complete sewage water treatment option.
While in 1995 report, it was found that over 100 cities in India, the sewage waste was being dumped into the river Ganges. The other rivers and canals are also suffering the same issues. The quality of drinking water has been considerably affected.
The feeble sanitation system in these cities has led to the gradual increase in these problems. As per the study of water samples collected from different water bodies from 1995 to 2008, the contamination of water by the bacterial wastes was found to be very alarming.

Religious Malpractices: Another serious fact about this problem is the lifestyle of people that comprises of several malpractices involving dirtying the water, giving it the name of religion or rituals. The rituals associated with right from the birth of a child to the death, involve water pollution in some or the other way.
Even the shaved hairs of a child after the mundan ceremony are immersed in the river. In the holy cities like Haridwar, Rishikesh and Varanasi, to wash away their sins, people take 'holy dips' in these rivers in very large numbers every day.
While on the other side, these ghats seem to be the 'way to God's abode' as people cremate their dead ones here, immersing the remains into the river.
Not only this, these river ghats stay crowded during the entire festive seasons when certain ceremonies like immersion of Ganesha and Durga idols during Ganesh Chaturthi and Durga Ashtami, respectively. The devotees immerse thousands of idols of dieties into the water. The chemicals used in their making, pollute the rivers badly.

Untreated Factory Wastes: The untreated factory wastes have been adding up to the seriousness of this issue since decades. The advent of small scale industries in India led to the huge growth of the rural and economically poorer sections but at the same time increased the problem of water pollution.
The untreated leftover of these setups being dumped into the water has triggered the seriousness of this problem.

Oil Spills in Ocean Waters: The massive pollution has been caused by time to time oil spills from the ships on the oceanic waters. In 2011, the Mumbai beaches were found to be coated in oil and tar.
This was due to the oil leakage from the Panama ship named MV Rak. The Ministries of Shipping and Home Affairs were held responsible for being deaf ears to several reminders to Inter-ministerial Committees by Indian Coast Guard. 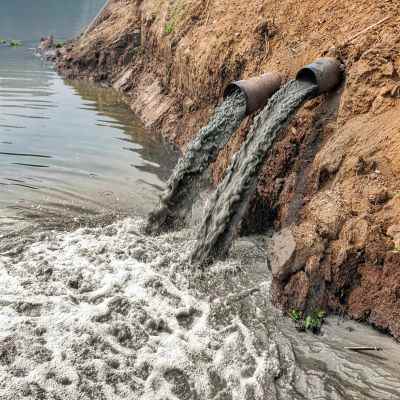 Owing to the horrendous effects and threats of water pollution problem, an entity of Ministry of Environment & Forests Government of India, Central Pollution Control Board developed a network of 1429 water monitoring stations at several places in India.
This network monitors the quality of water of various water bodies like rivers, lakes, canals, ponds wells and drains. The water is tested and its components reported are analysed. The reports generated have revealed about the serious contamination of water due to presence of bacterial components in it.

Therefore, to bring a control on this problem, several acts were passed including the Water Act in 1974, for preventing, controlling the pollution and maintaining its originality. An amendment was made on this act in 1977 as per which the tax was imposed on the water, for people or organizations that were using it for industrial purposes. The act was again amended in 2003.
(source: envfor.nic.in)

To control the water quality, the Water Quality Assessment Authority that was established under Environment Protection Act in 1986, brought forth a set of Protocols for Water Quality Monitoring through sampling, laboratorical studies and data analysis, for all the agencies working in this regard. The revised presentation was created by the Central Pollution Control Board in 2009.
(source: cpcb.nic.in)

As for the effect of the measures taken by the government on the problem, it requires lots of effort to find a solution to any problem. Unless the people realizing the gravity of this issue, acquire basic civic sense and follow the norms, this problem is going to stay forever or even get worsened.
11035