The geography of India describes the geographic features of India, a country in South Asia. Following are some of the geographical facts about India. 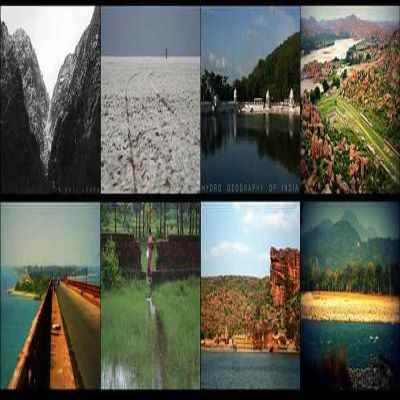 Drass, located in western Ladakh is the coldest inhabited place in India and also ranked 2nd coldest inhabited place of India after Siberia. The place is located at the altitude of 3230 m in the Kargil district of Jammu and Kashmir.
The climatic conditions found here are extremely harsh with the winter temperature as low as - 22oC to -45oC with strong snow storms while summer temperature is near 15oC.

Vajrai waterfall is one of the tallest waterfall in India which heights around 1,840 feet (560M). The place is full of natural beauty and has a pleasant climate. To experience this one needs to visit Vajrai Waterfall in the rainy season.

Ganga is the longest river of India which flows east through the Gangetic Plain of northern India and Bangladesh. Three cities of India namely Haridwar, Allahabad, and Varanasi attract large number of pilgrims for the holy dip in the river Ganga, as it is considered a sacred river to the Hindu's.
2,510 km long Ganga River rises in the western Himalayas in the Uttarakhand state of India, and drains into the Sunderbans delta in the Bay of Bengal. 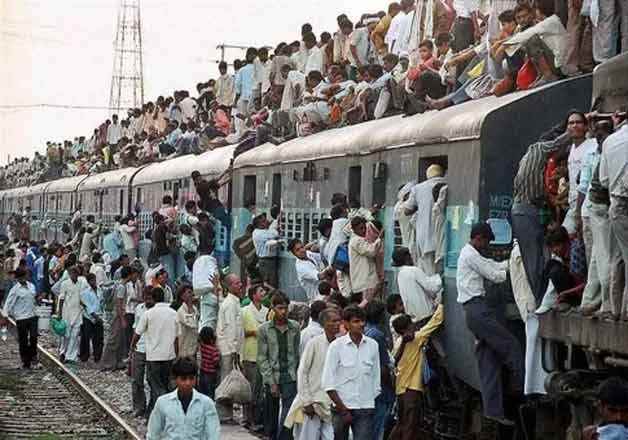 State with the highest population in India - Uttar Pradesh

Uttar Pradesh is the most densely populated state of India with a population of over 190 million people as per 2008 census. Uttar Pradesh is also ranked as the state with maximum number of districts and highest population in India.
It has a total of 70 districts, with the 5th position in its area and size. Kanpur is the largest city of Uttar Pradesh.

Rajasthan is the largest state of India, stretched to an area of 342,239 sq km in western part of India. The state of Rajasthan is blend of two distinct geographical regions with desert in the west and thick forest in the East, separated by geographical separation of Aravallis, the oldest mountain chain. The pink city, Jaipur is the capital of Rajasthan.

Goa is the smallest state in India with an area of 3702 sq. km, located on the Western Ghats range. Goa is one of the major tourist attractions in India, visited by international and domestic tourists in large number.
Goa is popular for its beaches, world heritage architecture and churches.  It is also the treasure of rich flora and fauna and declared biodiversity hotspot. Panaji is the capital of Goa and Vasco is its largest town. 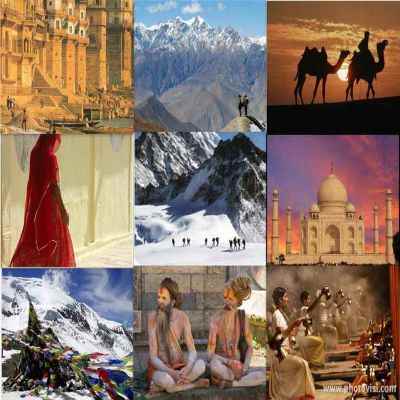 Uttar Pradesh is the state with maximum number of districts. There are total 70 districts present in Uttar Pradesh. The state is also ranked the highly populated state of India.
Lucknow is the administrative and legislative capital of Uttar Pradesh while Kanpur is the financial and industrial capital of the state.

Goa is the state with the minimum number of districts. It has only two districts namely North Goa & South Goa. North Goa is stretched to an area of 1736 sq. Km while South Goa covers 1966 sq km.
Panaji is the administrative headquarters of North Goa, which is also the capital of Goa. Margao is the administrative headquarters of the South Goa district of the Goa state.

Mahe is the smallest district in India with an area of 9 sq. km. Mahe is geographically located in the state of Kerala, where as administratively it comes under the control of Union Territory of Pondicherry. Mahe has the official name of Mayyazhi in the local Malayalam language.

Lakshadweep is the smallest Union Territory in India with an area of 32 sq km. Lakshadweep group of islands lie in the Arabian Sea. There are 36 islands, few of the major one are Minicoy, Kalpeni, Androth, Kavaratti, Amini, Pitti, Kiltan, Kadmat etc.
The administrative head quarter of Lakshadweep is at Kavaratti. The islands of Lakshadweep are renowned as the only coral reef islands in India and are the major tourist destination for water sports.

Andaman & Nicobar Islands with an area of 8,249 sq km is the largest union territory in India. The group of 572 islands is located in the Bay of Bengal. The entire chain of island consists of two distinct groups of islands.
The Great Andaman group of islands in the north is separated by the Ten Degree Channel from the Nicobar group in the south. The Andaman group of islands is divided into three main groups North Andaman, Middle Andaman and South Andaman.
The Nicobar group of islands consists of 7 big and 12 small islands together with several tiny islands. The Great Nicobar is the largest of all the islands.

Sundarban is the largest delta in India and come under the category of world’s largest delta formed by the rivers Ganges, Brahmaputra and Meghna. The Sunderban delta is stretched to an area of 4262 sq. km in India.
They are vast tract of forest and saltwater swamp forming the lower part of the Ganges Delta, extending about 260 km along the Bay of Bengal from the Hooghly River Estuary in India to the Meghna River Estuary in Bangladesh.
The delta is spread over 54 islands and two countries, mainly marked by mangrove forests with the presence of Sundari trees in large number.

Indo-Gangetic-Brahmaputra Plain also referred as the great plain of north India is the largest alluvial plain of the India and is also the world’s largest alluvial plain. This plain is stretched from the mouth of the Indus to the mouth of the Ganga with a length of 3200 km.
In India, the plain covers an area of 2400 km. The average width of the plain varies from 150 to 300 km. The plain in the north is bounded by the foothills of the Shiwaliks but its southern boundary is a wavy irregular line along the northern edge of the Peninsular India.

Majuli Island in Assam is the largest River Island in India. Majuli is in the Brahmaputra River, and is about 200 kilometres east from Guwahati, the capital of Assam. Majuli was formed due to course changes by the river Brahmaputra and its tributaries, mainly the Lohit.
The total area of the island was 1250 sq.km but due to erosion its present area is 557 sq km. The island has twenty-three villages with a population of 150,000 and a density of 300 persons per square km.

The Wular Lake is located in the in Bandipore district of Jammu and Kashmir. The lake was formed as a result of tectonic activity and is one of the largest freshwater lakes in Asia by surface area.

The Kibithu is the easternmost point of India. It is a tiny village located at the heights of 11,000 feet in the Lohit district of Arunachal Pradesh bordering China's Tibet region.

India’s western extreme point is Ghuar mota in Gujarat, located at 23.67 N Latitude and 68.52 E. Longitude. Ghuar Mota is in the western most point of the country and the well populated place with the population of 3038 in the Kutch district of Gujarat.
Other cities located near Ghuar Mota are: Koteshwar, Mudia, Panadra, Pipar, Ber Mota, Ber, Lakhpat, and Lakhpal.

The southern most point of India is Indira point, tip of the Great Nicobar Island. The Indira point is located at 6o 45' N Latitude, the place was previously called as Pygmalion Point but later renamed as Indira Point by late Prime Minister of the country, Rajiv Gandhi after his mother.
Larger portion of the Indira Point was submerged into sea due to the tsunami generated by the 2004 Indian Ocean earthquake. Manty exotic sea animals are also found at this place. 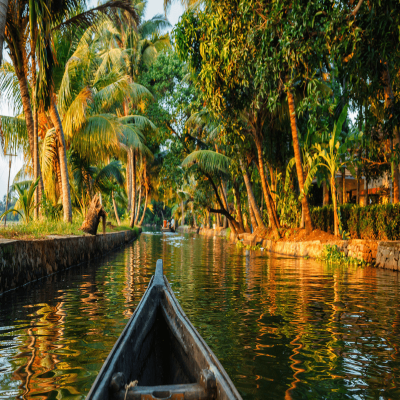 The southern most point of Indian mainland is Kanyakumari, also referred as Cape Comorin, is located in the state of Tamil Nadu. Kanyakumari is the confluence of the Arabian Sea, the Indian Ocean and the Bay of Bengal.
The place is renowned for its spectacular sunrises and sunsets. Kanyakumari has been associated with great men such as Swami Vivekanada and Mahatma Gandhi.