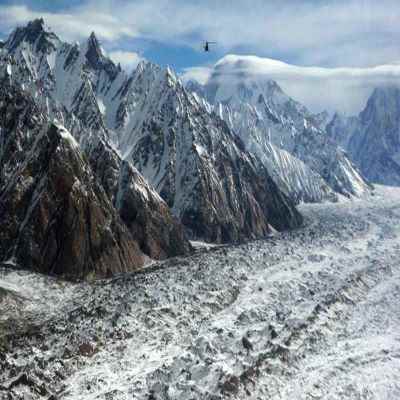 The Karakoram Range is a large Range spanning across the borders of India, Pakistan and China. In India it is situated in the disputed land of Jammu and Kashmir.
It is one of the largest Mountain Ranges in Asia. Although it is not technically connected to Himalayas, yet for various studies it is considered along with Himalayas. 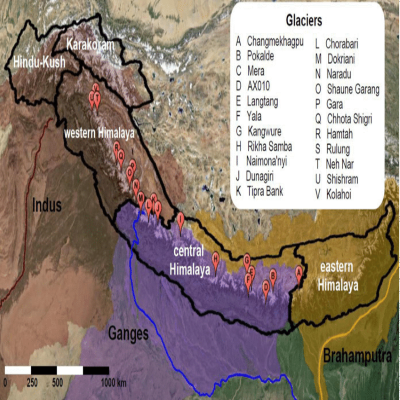 Apart from the Polar Regions, The Karakoram range is the most glaciated part of the world, with a length of approx. 500m. The Range contains numerous Mountains, with the Second Largest Mountain the World K2, which is just a few meters shorter than Mount Everest.
The Siachen Glacier at 70 km (43 mi) and the Biafo Glacier at 63 km (39 mi) rank as the world's second and third-longest glaciers outside the Polar Regions the Tiben Plateau, Wakhan Corridor, and the Pamir Mountains all surround the Range.

Most of the rivers originating from the range converge finally in Pakistan. Although an extremely wide range, it is comparatively less inhabited than the Himalayas due to its ruggedness.
There is a particular portion within the Range that is disputed between India and Pakistan. Similar to Himalayas in its formation due to Tectonic forces, the range reveals great phenomenas related to Plate Tectonics.
7257