The Central Highlands are divided into three plateaus:

Located between the Western Ghats and Eastern Ghats, this triangular plateau is bordered by them and the Vindhyas. The Deccan Plateau which means 'south' stretches to eight states of India.
The region receives scanty rainfall owing to its location near the tall Western Ghats which object the monsoon. 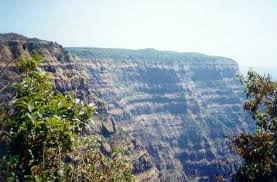 The plateau is named ‘Malwa’, referring to being the ‘abode of Goddess Lakshmi’. It covers the western region including parts of Rajasthan, Madhya Pradesh and Gujarat and is bordered by Madhya Bharat Plateau, Vindhya Range, Bundelkhand an Gujarat plains.
The Mahi river flows through its western part, Chambal river finds its way through its central part and Betwa river flows through its eastern parts.
Other rivers too, which flow include, Sipra, Choti kali Sindh, Gambhir, Parbati enriching the soil for Savanna vegetation that comprises of Teak and Sal trees.
The land is used for agriculture that produces main crops of cotton, pulses, cereals and oilseeds. For irrigation, the water is provided by the Chambal Valley Development Scheme. 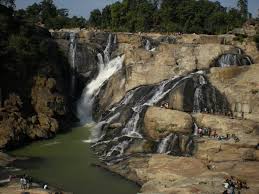 It covers the eastern parts of India like Jharkhand, Odisha, Bihar and Chhattisgarh. It is formed by further three plateaus namely, Ranchi, Hazaribagh and Koderma Plateau. It comprises of huge reserves of coal and metal ores.

It covers the largest part of the Chota Nagpur Plateau with an elevation of approximately 700 meters above the sea level. River Damodar starts from here, flowing through the dissected region of the plateau.
The plateau is adorned by a number of waterfalls formed by the rivers descending through the steep edges of the plateau. One such example is Pheruaghaugh Falls that are formed by falling of the North Karo river from the height of 17 meters at the southern part of the Ranchi plateau.
Other such examples are Dassam Falls, Hundru Falls and Sadni Falls that are formed by Kanchi river, Sankh river and Subrnarekha rivers, respectively. These falls are known as scarp falls.

The Hazaribagh region is further divided into two parts. The first part is known as Hazaribagh plateau and the lower part is referred to as Koderma plateau. There is a town settled in the Hazaribagh plateau, which is named after it.
The plateau is bordered by the Damodar trough which separates it from Ranchi plateau. The western part of the plateau has a wide watershed that lies between Damodar, Mohana and Lilajan rivers.
At the south-east part, there is Jilinga Hill which I about 3000 feet high. The eastern part has Mahabar Jarimo and Barsot hills and at north-western part of the plateau, there are Sendraili and Mahuda hills.

It refers to the lower part of Hazaribagh plateau and so is also known as Hazaribagh lower plateau and Chauparan-Koderma-Girigh plateau. At the northern region, the 800 feet edge of the plateau looks like a beautiful range of hills.
The eastern side of the northern edge, lies a watershed where the water of rivers Gaya and Barakar meets. The western side of the plateau is made up of the Lilajan river-bed.
20352