Hindu is a rich tradition, illustrated by its sculptures, art and architecture. Indian sculpture had a new form by the renaissance of Hinduism during the reign of Gupta Empire.
This period of Ancient Age emerged with the new form of sculpture portraying different Hindu Gods and Goddesses. 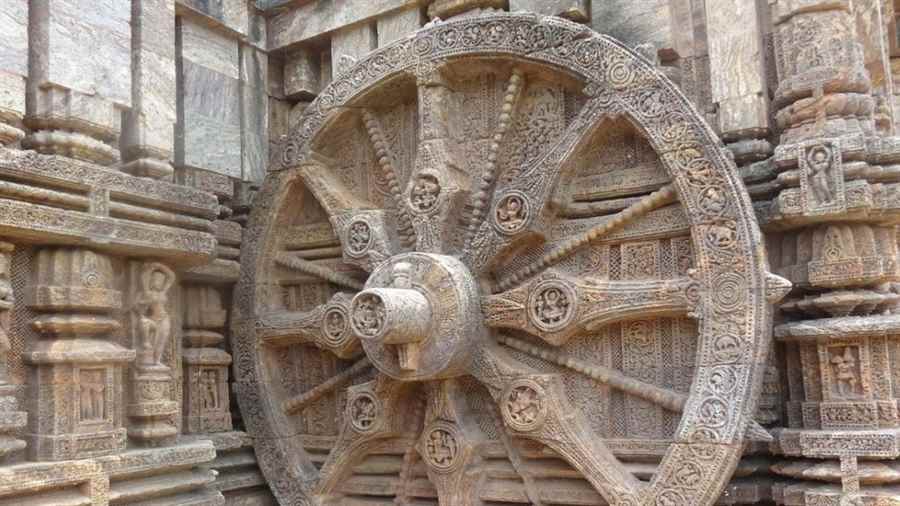 Mughal Rulers came up with their own style of architecture and sculpture in India. The Mughal sculpture were similar to the sculpture of Delhi Sultanate with the only change that, these were more copious and magnificent.
The Mughal style of sculpture had few new additions to Indian architecture like ceramic title work; Pietra Sura inlay with colored and semi- precious stones carved and inlaid stonework. Foliage sculptures in between the arches are another exceptional feature.

The Mughal sculpture was the merger of both Hindu and Persian styles of sculptures called Indo- Islamic Architecture.
While the features reflecting the Persian style of sculpture are extensive use of tile work, colorful marbles and the diwan as a central feature in mosques and domes, the peculiar features introduced by Mughals were Chhatris (elevates, dome-shaped pavilions) as a method of bridging a space, Chajjas (projecting caves) and Jarokhas( projecting balconies).
The use of such scientific principle helped in obtaining stability to architects and builders.