Mud brick was an important part of archaeological remains which was left by the Indus valley civilization in 7000 BC. The brick was bonded in headers and stretchers known as English bond. 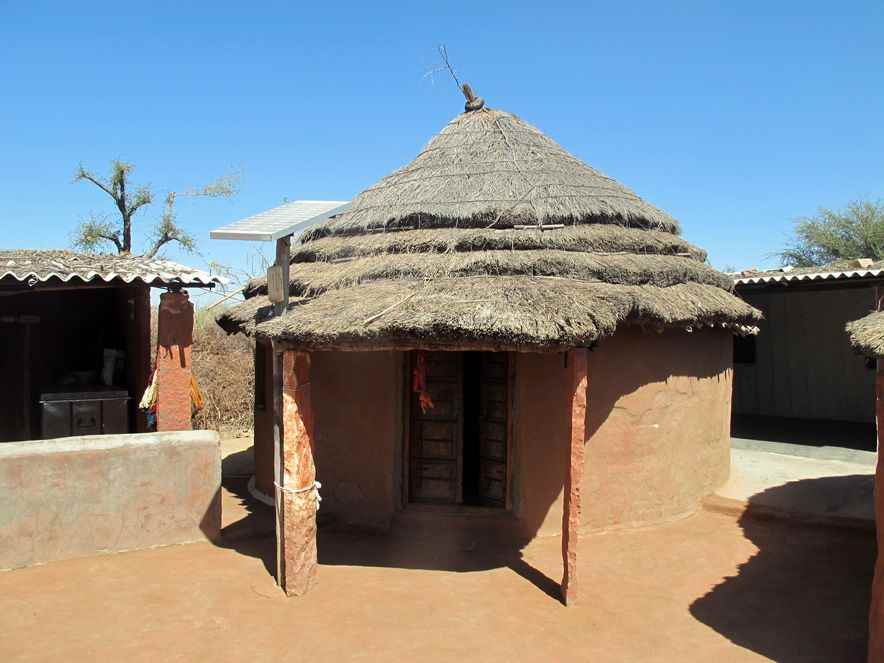 Construction of mud brick houses was initiated during the Indus Valley Civilization. But, it is first observed in pre Harrapan time (3500 BC) in the city of Mehgarh, Amri and Kotdiji. Down the ages there are certain interesting historical references to bricks.
Mohenjodaro, Harappa and Kalibangan were the major cities, where sun dried or Kin fires mud bricks were used to build houses. Ganweriwala, Rakhigari and Lothal were other cities built from mud and baked brick. 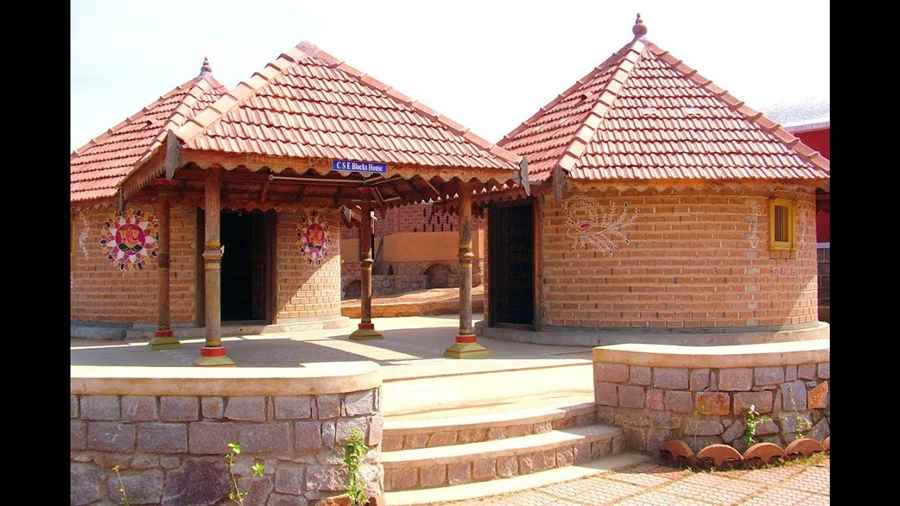 Significance of the Mud Brick houses:

Bricks constitute a large part of archeological remains in the Bronze Age civilizations. Mud is a versatile building material, which is used to make some extra architectural aces in India. India’s most buildings are made up of Mud brick, which is relatively found in many parts of the India.
The mud house construction uses only simple natural materials, which includes digging soil from the earth which is mixed with the water and is ready to use. The usage of burnt brick is more in usage for buildings of wells and tubewells.
Bricks are always the oldest building material used to make permanent buildings. Being the most important part for construction, it now available in any specification of color, size and shape.

Each building was made up of bricks, to which bathroom and proper drainage system was attached. Brick stairway access was also presented for the upper floors.
There were proper garbage chutes or flues on the street, which was easy for garbage collector to pick garbage. The usage for building bricks was suitable and according to the need of people of the Bronze Age.

In states like Kerala and Karnataka, houses are often built with mud bricks. Moreover in the states like Jammu and Kashmir, Orissa, Gujarat and Tamil Nadu, the Government has started giving importance to mud brick houses.

Step wells also called stepped ponds came into practice in the third century which were either built from masonry, rubble or mud brick or burned brick. Step wall can be rectangular, circular, or even L-shaped with four different entrances.
However, these sculptures have great significance as they have certain Hindu rituals attached with it. Rani ki Vav (queen’s well) is one of the most famous Step wells in Patan which was a place of worship for many people.

In the city of Mohenjo-daro a maximum of 700 wells have been discovered, which was constructed in front of the courtyard of the buildings.
It was estimated that between 2nd and 4th AD, first rudimentary stepwells were discovered due to the torrential monsoon rain and this system of reserving water continues till date.
By the end of 19th century, many wells were constructed in various parts of India. Earlier it was made up of stone to collect rain water during seasonal monsoons, but later on it was made using concrete, mortar, rubble and laminar stone.

With the colonial rule the use of step wells turned minimal. Stepwell was deemed unhygienic and was the source of various diseases. The usage of wells turned out to be negligible in the existing era, which has left people aware about the advantages of it.
74