The performing arts is the art form which uses the artist's own bodily gestures, facial expressions, and presence as a medium to create some physical art object. Performing arts include the dance, music, opera, drama, and circus art forms. 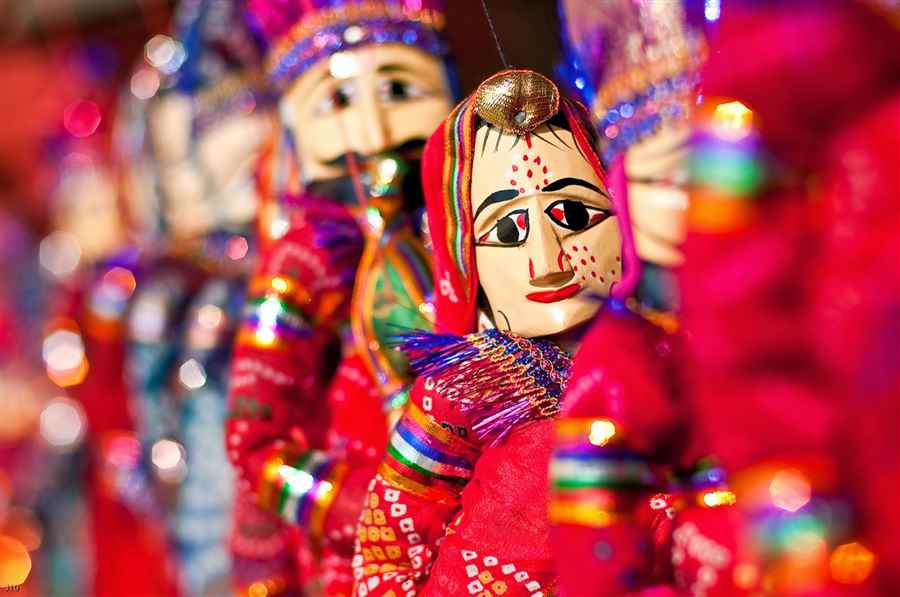 The Natya Shastra, written during the 2nd century has laid the structure of music, dance and drama. Love, humor, pathos, anger, heroism, terror, disgust, wonder and serenity are the nava rasas or nine basic emotions which are fundamental to all Indian aesthetics. '
Music evoke a particular emotion or mood. The classical music tradition in India has always been a form of meditation, concentration and worship.

Music is composed of two essential ingredients -the Raga, or musical mode and the Taal. Two classical types of music, Carnatic (southern Indian) and Hindustani (northern Indian) have been introduced after the 5th century and had been influenced by Bhakti traditions.
The legends associated with Hindustani Music are Amir Khusro (13th century), Miyan Tansen (16th century) and Venkatamakhi (17th century). Thyagaraja and Shyama Shastri are associated with Carnatic Music.

Dance has an important role in every individual’s life as it expresses their joys, sorrows, and celebrations. Classical dance is the best preserved form of dance. Mainly there are seven most popular Classical dances; Manipuri, Kathak, Odissi, Bharata natyam, Mohiniattam and Kathakali.

The Kathak style started in northern India and emphasized on rhythmic footwork. Manipuri of Manipur, uses graceful turning and swaying in its dances.
Kathakali dance arose in Kerala and its distinct features include painting of faces that made it look like masks, along with the use of mime. Bharata natyam, the national dance of India is noted for its graceful hand gestures, exacting movements and facial expressions.

Theater (drama) has a rich tradition in India for over a thousand years.  The Sanskrit drama blossomed during the Gupta Era (AD 320-550) and the plays from that era are generally secular.
One of the dramas that survived was Shakuntala, by Kalidasa, which is about courtesans, kings and the court.  Theater is popular in Calcutta, dance plays an important role in the birth of Indian Theater. Dance has always been function of life from the primitive to the most cultured community.
20567