Music has always been an integral part of the cultures that existed in India. The range of musical phenomenon in India extends from tribal to folklore and from classical to modern style.
The situations in which music is played and listened to, and the attitude toward music players all vary between regions and periods. Indian music has a very long tradition and is an accumulated heritage of years. 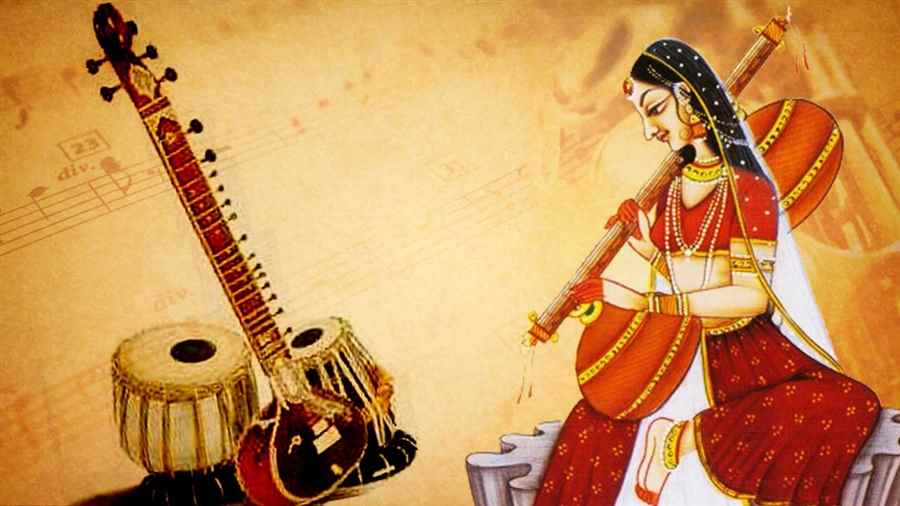 Indian music has developed due to interaction between different peoples of varied cultures and races. The two main ingredients of the present system of Indian music are Raag and Taal. Raag is the melodic form known as musical mode while Taal is the Rhythm, which connects the music called as beats.
Raag is essentially flavor of seven musical notes -Sa Re Ga Ma Pa Dha Ni Sa, called as Sargam.
It is believed that the sage Narada introduced the art of music to the earth. Indian classical music is originated groom the vedas only.

The Evolution of Indian Music

India’s music history is dates back to pre historic times and considered to be the oldest in the world. Indian music has continued to evolve and grow through the different eras-

Panini is the first reference to music in 500 BC. In the beginning, music was devotional and was used for ritualistic purposes, which was restricted to temples only.
However, during the late Vedic period (3000- 1200 BC), Samgana was the famous form of music, that was used while chanting holy verses. Between 2nd to 7th AD Prabandh Sangeet evolved and became popular. This form led to Dhruvapad, which used Hindi as the medium.

The Gupta period ( 320-480 AD) was the golden period of India. A wide range of cultural activities occurred during this period infuenced the neighboring countries too.
The Guptas enriched the Indian music like Natya Shastra and Brihaddeshi which were written during this period. Bharata’s Natyashas was the first text dealt with the performing art.

Mughals were very much interested in arts, culture and music. Many new ragas were introduced in the Mughal period ( 1526-1858). Various Rags like Mian ki Todi, Mian ki Malhar, Raag Darbari by Tanseb and music forms like Thumri and Tarana were introduced at this time.
Akhar had a keen interest in music that he had 36 musicians in his court. Every Mughal ruler patronized music. Aurangzeb, one of the ruler of India was a good Veena player too.

The Indian Music can be furthered divided into -
•    Hindustani music prevailing in North India &
•    Caranatic music in South India.

The North Indian system of music is known as Hindustani music. It covers an area extending from Bangladesh, Northern and Central India into Pakistan and upto Afghanistan.
Hindustani music is the mixture of traditional Hindu musical concepts and Persian music. The emergence of Islamic rule in northern India made Hindu music to absorb musical influences from the Islamic world.

Persian music had a vast influence on the music of India, which brought a radical change in the Northern Indian music style.
The devotional dhruvapad transformed into the dhrupad form of singing in the 15th century AD, as a result of the support given to the classical music by the rulers. The khayal developed as a new form of singing in the 18th century AD.
A number of musical instruments were associated with Hindustani music like sitar, tabla, sarod, sarangi. Hariprasad Chaurasia and Zakir Hussain are the famous living performers of Hindustani music.

Carnatic music is the classical music of South India can be traced back to the age of Vedas. The word “Carnatic music” cames from the word Karnatakam, where karna means ear, atati means he pleases = "that which pleases the ear".

Carnatic music is Kriti based and Saahitya (lyric) oriented and it retained the traditional octave. Most of the songs are devotional and were offered to the Hindu deities in Carnatic music. There are a lot of songs that emphasize the feeling of love and other social issues. 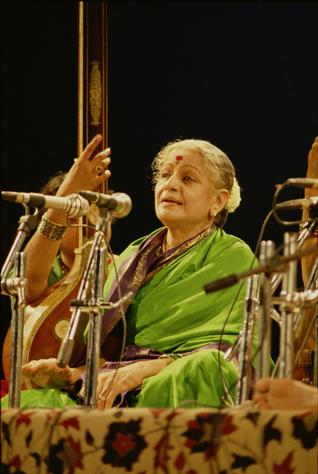 Thus, in Carnatic music there are Raga, a melodic pattern and Taal, a rhythmic pattern. Vocal music forms the basis of South Indian music and South Indian performances are based upon the pallavi, anupallavi and charanam. Both systems absorbed folk tunes and regional tilts and elevated many of them to the status of ragas.

Modern music in India always played an important role. Music has done a huge variation that is created by keeping in mind the preferences of the new era.
The change in taste of people from classical to folk and pop music turned out to be favorite among them. Modern India music is more of the western influenced and less imbibes with traditional music.
7176