Dance is a type of art that involves movement of the body in different rhythm and music. The first image that conjures up in our minds after we hear the word ‘Dance’ is Shiva’s ‘Nataraja’ avtar. According to Hindu mythology, Taandav was performed by Lord Shiva in grief after his consort Sati’s demise. 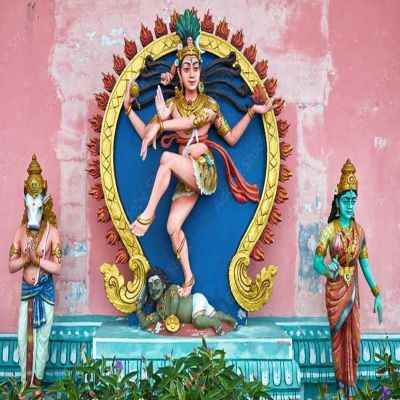 Tanndav is considered to be the first appearance of this art form which was worshiped by the dancers. It is not only Lord Shiva associated with the form of dance but also others such as Lord Ganesha and Lord Krishna.

Origin of Dance in India:

In Hindu mythology, Dance is believed to be created by Brahma. Dance is considered to be a collection of very sacred form of movements which create a feeling so divine and intense that it unifies the ‘jeevatma’ with the ‘paramatma’ – ‘jeevatma’ referring to Individual Self and ‘paramatma’ referring to Divine Self.
Natya Shastra, is a form of dance written by Bharata Muni that clearly reveals the aesthetic aspects of a dance form. Dance, it is believed was created by Lord Brahma, in the fifth Veda, which is the Natya Veda, taking different elements from the other four Vedas.
Lord Brahma then revealed the Natya Veda to sage Bharata who again approached Lord Shiva, in order to learn and gain knowledge on the dance movements and then add these dance movements to dance form. Thus emerged, dance and drama form in unison in India. 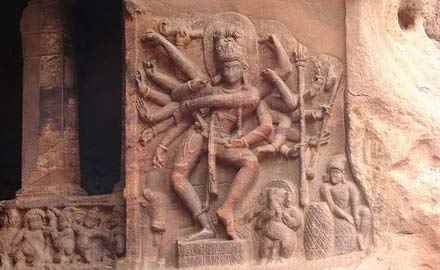 The dancing heritage in India dates way back to as old as 5000 years old. Since time immemorial, India has been flooded with a very rich and vital tradition of dance and its various forms. Today many paintings, sculptures, engravings and other works of art exist which clearly shows how old the form of dance is, in India.
The art pieces and works in Mohenjodaro civilization and the Khajuraho clearly depict the ancestry here. Starting from the north of India in Kashmir to the southern parts of India in Kanyakumari, India does have various legit evidences regarding its dancing legendary.

In the ancient times of India, it was the Devadasis who flourished the dance forms and the young dancers were given intensive training in the kingdom of Vijaynagar. The training process was in fact very sincerely taken.
Different measures were being adopted in order to give maximum support and training to the learners. The walls of the training rooms were decorated and painted with dancing sculptures and their different poses and positions, so that the trainees would have no difficulty in learning the wonderful form of dance.
Dance is one of the major ways to express one’s emotions and devotion towards the almighty. During the Vedic age, dance was one of the primary ways to impress the Gods and thank them for being kind to us. During the medieval and the Gupta period, dance played an inevitable role in the achievement of spiritual inspiration by the people of that time.
Ancient India developed from religious themes. Dances have been used as means of worship and expression of emotions in India during Vedic Age.
During the reign of the Buddhists, Guptas and Medieval periods, dance played an important role in achieving the spiritual inspiration and identification of the people of that time.

With the advent of medieval era, many changes have been seen in the field of dance and other performing arts in India. Devadasi system was destroyed by the invaders, but some of them were dependent on the rise and fall of the Hindu temples.

During 19th century, temple dancing was totally prohibited in India. The traditional dance form was isolated from the schools and colleges.
The British rule abolished public performance of dance, linking dance with immoral trafficking and prostitution. Classical forms and regional distinctions were re-discovered, ethnic specialties were honored by the people after India got independent in 1947. 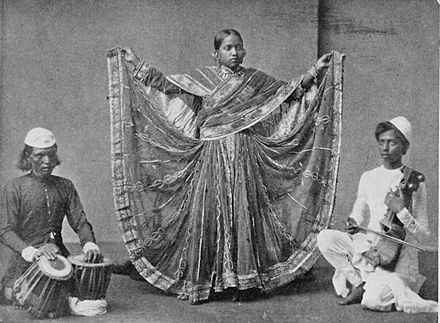 Current scenario of Dance in India:

Dance in India is not only restricted to classical form, but they all also enjoy the Tribal, and folk art of dance all over. Of which, Tribal dance is the rhythmic expression of joy and beliefs of ‘aborigines’ or people living mostly in jungle.
While, Folk dance are almost similar to tribal dance form but are less ritualistic in content. Classical dance is believed to be evolved by the crystallization and transmission of stylized interpretations of divine activities of the other two dance form.
There are Chakiarkoothu, Chhau, Koodiyattam, Krishnattam, Kuchipudi. Manipuri, Odissi, Ottan Thullal, and Yaksha Gana dance forms which are still prevalent in various parts of India.
8674