India being the birthplace of many religions, Hinduism is considered to be the most significant one. “Sindu” which is the name of an Indian river, is the original word from which the word Hindu has been derived. 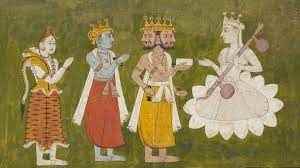 The term Hindu was coined in the 15th and 16th centuries by the people so that they could be differentiated from the followers of other religions. Hence, the religion emerged in order to create an identity of the followers of Hindu religion.

Considered as one of the oldest religion in the world, Hinduism is followed by around 80% of the total population of India. The rest 20% of India follows different other native religions such as Buddhism, Islam, Jainism, Sikhism, Jainism, etc.
The presence of this religion in India has been traced back to the pre – historic era via the different traces found in the excavations of Mohenjodaro.
From these excavations, has been found out many teachings of Hinduism along with its key teachings and philosophies. An extensive study into the history of the evolution of this rich religion has resulted into the theory that its evolution can be divided into different phases.

During the pre-historic era, the findings which primarily enlighten the existence of Hinduism during this period are the different types of Mesolithic rock paintings, rituals of that time and the dances depicted.
The Harappan ruins also have signs of the Swastika and Shiva Lingam which clearly expresses the existence of Hinduism.
It is also believed that the residents of the Harappan civilization had immense faith on “Mother Goddess” who ensured fertility and this is a very common practice amongst the Hindus even today. The Mohenjodaro ruins also have a seal that depicts the representation of “Yogi” thus referring to the Hindu Religion.

Known as the Golden Age of thought, the Vedic period is named after the religion of the Indo Aryans living in India. It was during the Vedic period that the earliest text of Hinduism was produced which is the Rig Vedas.
The teachings of Rig Vedas clearly say that the divine powers are divided into two main categories. One among them is the Devas – the Gods of Nature and the other are the Asuras – the Gods of Moral concepts.
It was during the Vedic age that Indian religious life underwent many changes defying the principles and the laws of the Vedas and the Brahmins. Many new Vedic mantras were created and witnessed during this period with advent of Mahajanapads.
With the advent of the Upanishads, however, a decline in Brahmanism was seen. But in spite of that, Upanishads form a very crucial part of classical Hinduism, which is also known as Vedanta.

This period was a period of evolution since it witnessed the inception of many new concepts in Hinduism. Lord Vishnu and Lord Shiva, highly influenced the people and thus they started to worship these holy deities, during the Mauryan and Sangam period leading to the lesser popularity of Indra, Varun and all the other Gods.
New rituals such as burning incense sticks, devoting flowers and fruits to the Gods began to be prevalent and animal sacrifices gradually lessened.

Sutras in Sanskrit started to get popular and people started to follow them and Bhakti traditions reached its peak during this period. This age witnessed the first Sanskrit inscription known as the Grantha, when Pallava reigned and also gave birth to one of the some of the greatest poets of history such as Kalidasa.
The Gupta period again was a highly strict period that followed Hindu philosophy rigourously and the famous Aryabhatta and Varahamihira belonged to this period itself.
A very firm caste and class system was being followed and a new practice started during this period of dedicating different temples to different Gods and Goddesses. Another very significant incident of this period is that it was during this period that, the two epics of Hinduism- Mahabharata and Ramayana were developed. 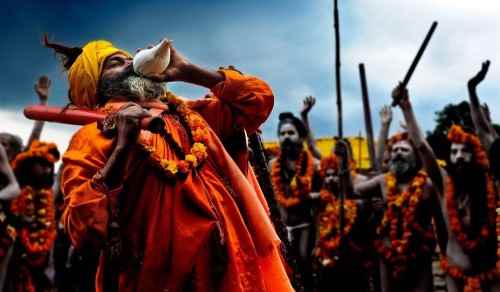 Medieval India can be said to be a very hard period for Hinduism since during this period a lot of temples, traditions, practices and kingdoms were destroyed and attacked by the Islamic religion.
Many inhuman acts were being followed in order to convert the Hindus into Muslims, however, the Hindu followers remained ardent in their devotion towards their ancestor God and refused to get converted.
In the 8th century, Adi Shankara established Hinduism as a single religion, though diverse by reconciling with the antagonistic sects. The Mughal rule had an immensely demolishing effect on the Hindu religion resulting in its lessened practice.
During the reign of Babar, a lot of Hindu temples were demolished and even his successors, Humayun and Akbar could not make for any betterments in this sector. The Islam art, culture, practice and rituals were slowly seen being adopted by the Hindu people as well. 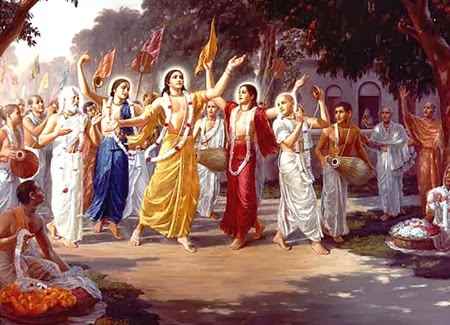 In the 18th and 19th century, many reforms most notably, the Bhakti movement, along with Yogic schools, gave Hinduism a new classical form. The Bhakti movement was mainly a monotheistic movement which emphasized on worshipping Vishnu, Shiva or Shakti.
During th Bhakti movement many notable personalities emerged such as Lord Chaitanya, Tulsidas, Shri Ramananda and many others.

Fom the mid of the 17th century, the Hindus faced a new threat with British invading the states and trying to convert the people here into Christians. Various strategies were adopted in order to make this conversion a successful operation.
However, forced religion was not tolerated and thus, a number of movements were being witnessed during this period such as Swaminarayan Sampraday sect, Brahmo Samaj and Arya Samaj.
The movements had a very positive impact on the people and gave birth to some prominent personalities such as Dayanand Saraswati, Swami Vivekanda, Raja Ram Mohan Roy and many others. 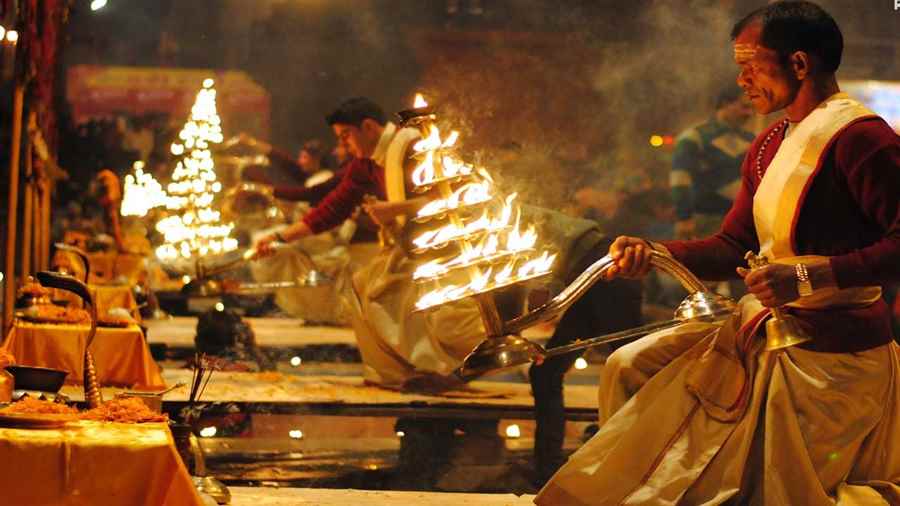 After the independence of India in the year 1947, Hinduism was the religion which had the majority followers. It has been since considered as the religion that is accepted as the primary path of God embraced with an open heart.
Hinduism in modern times have seen progressive changes along with reflections of continuity owing to the changes that took place in its tradition in the 19th and 20th centuries.
Today, after years of struggle and strife, Hinduism is a well established religion in India. It primarily has four divisions namely Vaishnavism, Shaivism, Shaktism and Smartism.
2767