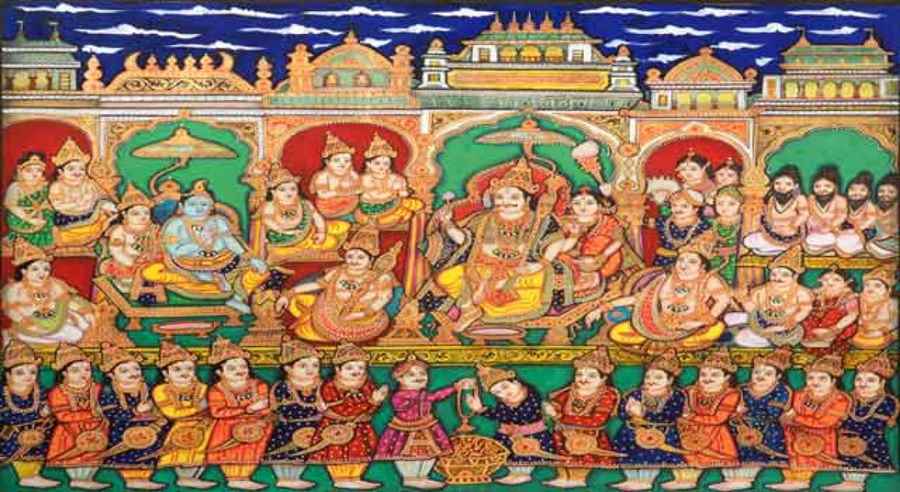 The history of painting in India has always been a rich heritage in India, of which Petroglyphs were the first paintings. Craftsmen continued to innovate in their skill of paintings, and around 7th century the famous pillars of Ellora was presented as a great example of Indian painting.
Ajanta and Ellora caves which came in later parts of the century are amongst the favourite tourist attractions in India till date.

Different types of painting were evolved in different time period in India. Each painting has its own significance. Starting from the point of being religiously dependent, paintings over a period of time emerged as the source to display contemporary culture and beliefs of India.

Painting in India marks an important history for the people of India. Indian Cave Painting is the earliest evidence of Indian paintings.
The cave temple of Ajanta and Ellora which were excavated between 600 AD and 900 AD (approx) from the solid rock primarily designed as monastries is considered to be finest specimen.
Warli painting found  between 2500 BC to 3000 BC forms another popular form of tribal paintings which was done in the rock shelters of Bhimteka.

In Medieval India, Indo- Islamic design of paintings were started by the Mughals. During this period, Mughal paintings, Tagore paintings, Miniature painting and Indian painting were the most famous work.
During medieval period, paintings played an important role in structuring the art of India. Mithila painting or Madhubani painting which includes Hindu God and Goddesses are famous painting in Mughal India. Pahari painting, Lepakshi painting are few other popular style of paintings by Mughals.
Modern India Paintings 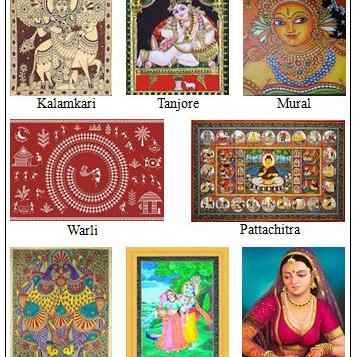 Indian paintings can broadly be classified as -
Miniature paintings are crafted on perishable materials like paper or cloth. The miniature form of painting was pioneered by the Palas of Bengal, which reached its glory during the Mughal Era.
The art form was preserved and expanded by painters of different Rajasthani schools of painting like the Bundi, Kishangarh, Jaipur, Marwar and Mewar.
Murals from the 2nd century BC till 6th century BC are huge forms of art, which are crafted on solid structures like walls or stones like those on the Ajanta and Ellora Caves.
3392