Construction of mud brick houses was first initiated in the ancient age during the time of Indus valley Civilization. This part of bronze age also had the first town planning and people started living together in double storey houses made up of baked bricks and mud.

Bricks of fixed sizes, as well as stone and wood were also used for building. One of the peculiar features about houses of then times is the presence of private bathrooms on the ground floor of the double storey houses. 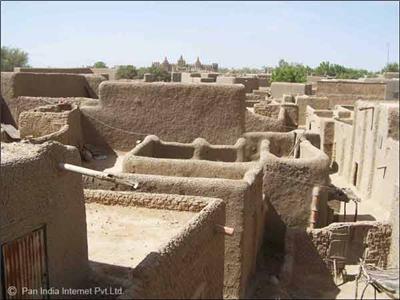 Houses were also incorporated with the proper drainage system using earthenware pipes. Proper storage tanks for water and granaries for grains were also present with these houses. Mehrgarh in the present Pakistan is the perfect archaeological evidence for this ancient architectural form.

Houses were further modified in the Ancient Age, where houses were incorporated with arched windows and doors. This part of Ancient Age shows the city life with strong walls around cities with large gates and multi storied buildings. Emperor Ashoka also initiated the concept of hospitals and opened separate hospitals for humans as well as animals during his reign.

The architecture form of rock cut step wells was also practiced in the third century but the form was initiated from the times of Indus valley Civilization.