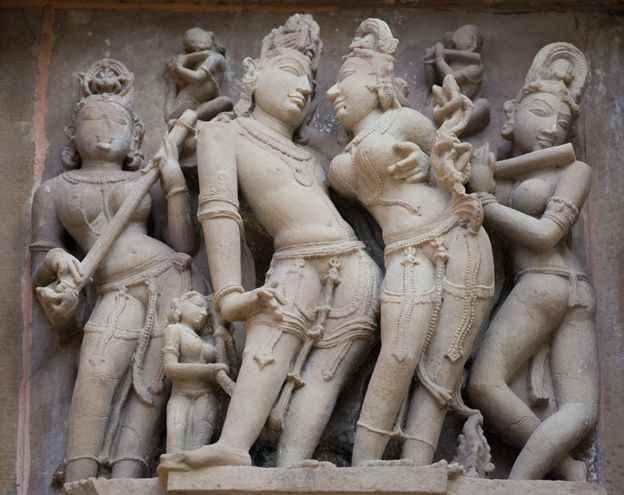 The beginning of the construction of sculptures in India can be traced back to Indus Valley civilization. Terracotta and mud bricks were the main ingredients used for sculpting during that period.
However, with the emergence of Hinduism, Buddhism, and Islam religions in the later century, the use of these initial compositions were reduced.
The flawlessness of the sculptors of ancient India can be further witnessed by various Stupas, caves and carvings and buildings. 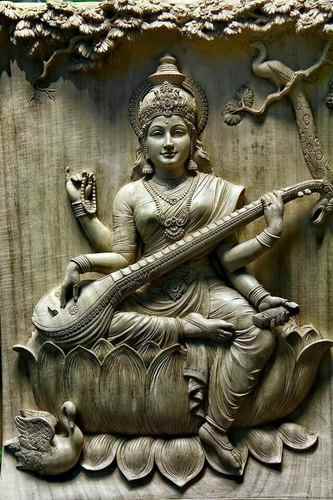 The finest example of the ancient times originated art is the Great Bath of Mohenjodaro. Indian sculpture can be witnessed in different temples of India where the walls of different temples are also carved with designs so mesmerizing and wonderful.
The walls of temples are ornamented with the stunning craftsmanship of the Indian artists which are a treat to the eye. The most primitive form of sculpture in India was Rock cut caves which was initially practiced by Buddhists and later followed by several Hindu rulers as well.
Caves like Ajanta caves, Bagh caves, Udayagiri Caves, Badami caves, Bora Caves, Barabar caves, Jogimara Caves, Amarnath etc. are all rock cut caves. In the southern parts of India, a Badami Chalukya sculptured temple was developed in the Karnata Dravida style.
In the northern part of India on the other hand, temples were being constructed in a town named Khajuraho, in Madhya Pradesh and these temples are known as Khajuraho Temples.
Some temples in Khajuraho are the Kalinjar fort and Neelkanth Mahadev temple. On the western parts of India on the other hand, sculptures with carved mandapdas, outer walls and Shikhars were being made. 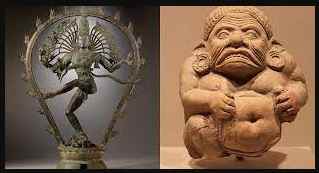 Muslim sculptures in India can be observed as creations with dome shaped buildings, which is a totally different form of sculpture and architecture from the rest of the sculpted creations.
During this period, Persian art and architecture influenced the native style of India, the stone work; well maintained gardens and the use of marble are the most important features of Mughal sculptures.
The carvings done during this period has also been considered as works of marvel and people still visit India from worldwide just to witness these sculpted works.
Tall pillars, Tombs, arched doorways and minarets merged with the Indian architecture led to the formation of Indo- Islamic sculptures. Some of the most well-appointed buildings that come under this period are Taj Mahal, Agra and Red Fort in New Delhi, amongst others.

British used their Gothic style of sculptures in amalgamation with the existing Indian style of sculpture tried to establish their colonial superiority in India and developed several masterpieces.
The most famous examples of Indo- Saracenic style of sculpture are Napier Museum at Thiruvananthapuram, Rashtrapati Bhavan in New Delhi, Victoria Memorial in Kolkata, Gateway of India in Mumbai, Muir College at Allahabad, Laxmi Vilas Palace in Baroda, and General Post office in Kolkata.

Apart from the British influence, Danish influence can also be seen in the Indian sculptures of the colonial period such as the Nagapatnam which was laid out in squares and canals and even in others such as Tranque bar and Srerampore. Furthermore, French influences again are visible in sculptures constructed in Puducherry during that period.
Some of these sculptures are  Eglise De Sacre Coeur De Jesus or the Church of Sacred Heart of Jesus, the Eglise De Notre Dame de Anges and the Eglise de Notre Dame De Lourdes.
It was through their two hundred years of ruling that the British were successful in bringing about a long lasting impact over the Indian soil. Being the successors of the Mughals, the British successfully laid their form of architecture styles and formats through various designed sculptures.
1665