There was a blend of many architectural styles which mainly included Persian, Indian and Islamic grandeur. From ages these price less heritages have attracted people towards its mind-blowing and breadth taking structural design.
Sandstone and marble were the key ingredients used in the construction of these spectacular buildings. There were some common features which can be seen on these architectural marvels like Chajja, Jali, Chattri, Jharokha etc. 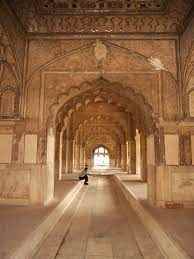 Indian architecture was greatly influenced by the Persian style. Tombs in India were dedicated to the Muslim rulers. Mughal constructed excellent tombs in India, with a uniform structure pattern and character. There are some major tombs that reflect the perfect example of Mughal art and architecture.
Humayun Tomb 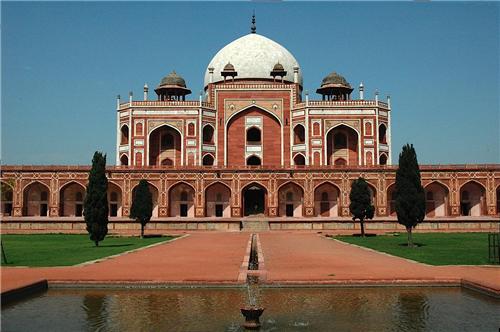 Humayun’s tomb is one of the indo- Islamic architecture of Mughal India, in the city of Delhi. Building skills such as Pietra Dura art form, Read More

Taj Mahal an epitome of love made by Shahjahan for his beloved wife.  It also became a perfect example of Mughal art, where white marble was the prime ingredient. Read More
Sanchi Stupa in Bhopal

One of the oldest stone structure commenced by the great ruler Ashoka, was seen as a pride and imperial heritage of Sanchi. Sanchi Stupa Highlights a huge mound at the center, which is covered with rubble, dirt and stone then enclosed with bricks and then painted. Read More

This monument was constructed for the founder and a great ruler of Suri Empire, Sher Shah Suri in northern India after defeating the Mughal Emperor. This monument is a fusion of Indo Islamic architecture, which stances its glory in the middle of a lake. ReadMore

This is the last monument constructed in the Mughal style, by Shuja-ud-Daulah. Safdarjung’s tomb is built in the style of Humayun’s tomb in red sandstone and buff stone. Read More 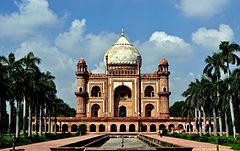 There are other major tombs in India which include Iron Pillar and, Barakhamba in Delhi, Qadam Sharif tomb in Delhi, Saidani Maa ki Dargah in Hyderabad, Itimad-ud-Daulah and Bahu Begam ka Maqbara in Uttar Pradesh and numerous others.

The fort is remarkable and well-preserved heritage structure in India. Though the prime aim to build fort was for military operations but later on acted as a tourist place. It is said that those King who had more number of Forts was considered to be more powerful.

Method of Construction
King always choose the location and the material to be use before the construction of any fort or tombs. Most of the forts were constructed on the flat space. 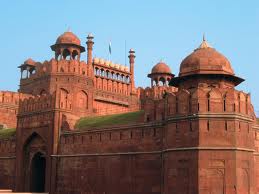 Red fort/ Lal Quila is located at the Shahjahanbad, originates from the huge walls of red sandstone. It was built by Shah Jahan on the bank of Yamuna, Delhi. Read More


Qutab Minar
Qutab Minar was created in the year 1193 by Qutub-ud-din-aibak, proved to be an excellent sample of Islamic architecture. It is built in a red and buff sandstone, considered to be the highest tower in India. Read More

Golconda’s Fort
It is considered to be the India’s most outstanding citadels, which came in possession of Bahmani dynasty. Lying in the west of Hyderabad city, the Golkunda’s fort derives from Telugu word “Golla Konda” which means shepherd’s hills. Read More

Jaisalmer Fort
One of the largest forts in the world, the Jaisalmer fort is situated in the state of Rajasthan. It was built by Rawal Jaiswal, on the highest point of the Tricuta hills in the 1156 year. Read More

The magnificent monuments located in Madhya Pradesh were one of the most wonderful ancient Indian architecture. It was built in a Dravidian-style shrine, with the wall inlaid in yellow, blue, and green tiles.

This is one of the most famous forts built in the year 1537 in Karnataka. The architectural style of the fort is in Indo Islamic and Persian styles.  Srirangapatnam Fort or Tipu sultan fort has four main entrances known by the names of Delhi, Elephanta caves, Mysore, and Bangalore. Read More

Each of these ancient wonders shows a major part of Indian architecture. The local, Turkish and Persian style elements and the white marble palaces stand as proof of the power and richness of the Mughals.
There are other major forts which include Tughlagabad fort in Delhi, Junagarh fort in Bikaner, Lohagarh fort in Bharatpur, Amber fort in Jaipur, Mehrangarh fort in Jodhpur, Maharaja Palace fort, and Nagagarh fort in Jaipur, Udaipur city palace in Rajasthan which added beauty in India’s heritage and culture.
16369