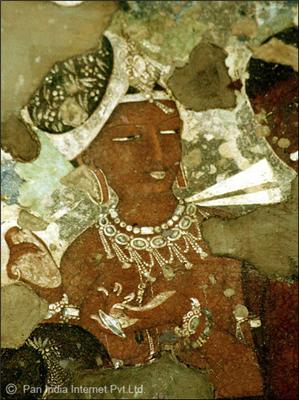 Ajanta Murals (paintings carved on solid substances like rocks or caves), are among the earliest paintings in India. The Ajanta paintings were composed in two phases, with the initial paintings being developed in 2nd Centaury B.C, while the second phase beginning around 5th Centaury A.D.

The paintings mainly focus on the life of Buddhas and Jatakas, with a great deal of beauty and tenderness carved by artists. One element that is remarkable about these paintings is the extent to which they create an aura of self-realization, as even the Boddhisattava painted on the walls look inside. The tradition of painting that is inherited by these Ajanta paintings was documented as the Chitrasutra of the Vishnudharmottara Purana.

Kerala has a great history of paintings, and especially the mural form which involves paintings on walls and stones. All major temples, palaces and churches of Kerala have a beautiful exhibition of such Murals. 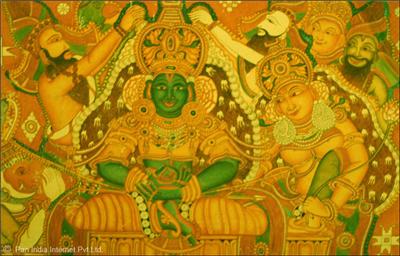 The tradition of painting on walls in Kerala began with the pre-historic rock paintings found in the Anjanad valley of Idukki district. Archaeologists presume that these paintings belong to different periods from upper Paleolithic period to early historic period. Edakkal in Wayanad and at Perumkadavila in Tiruvananthapuram district in Kerala have been sites of rock engravings dating to the Mesolithic period .

Archaeological evidences point that the period from the mid-sixteenth century onwards as the most prolific period of mural art of Kerala. Srikumara's Silparatna, a sixteenth century Sanskrit text on painting and related subjects must have been enormously useful to contemporary and later artists.

Bagh Caves of Madhya Pradesh are among the best known form of Buddhist Architecture present in India. Bagh Caves are a cluster of five cave sanctuaries with artistic pieces of art displayed at length. These paintings date back to 7th century on the basis of their architectural style. Originally these were nine caves, however only five of them could survive the test of time.

The Kailasanatha Temple at Ellora

The Kailasanatha Temple at Ellora dates back to the period of the 8th century Rashtrakoota ruler Krishna. It is a huge rock cut monolithic temple built in the South Indian style. The temple is known for its architectural grandeur as well as its sculptural splendor.

The art form of Miniature Paintings saw its advent in the 17th and 18th century. Initially, the paintings were composed on the palm-leaves with the text being that of manuscripts. These manuscripts primarily focused on the Buddhist and Jain intellectual activities. 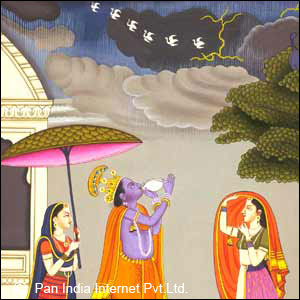 Comments / Discussion Board - Indian Paintings : Types of Murals in India