Mohandas Karamchand Gandhi popularly remembered as Baapu (Father of the nation) was the most prominent and dynamic political and spiritual leaders in Indian Independence Movement. He firmly advocated the path of Ahimsa (non-violence) and truthfulness to lead the independence struggle and inspired countless movements of civil rights and freedom all over the world.

He was titled to “Mahatma” by Rabindra Nath Tagore and his birth anniversary on 2nd October is celebrated as the International Day of Non-violence throughout the world. He was the pioneer of Satyagrah- resistance to tyranny by means of civil disobedience movement. 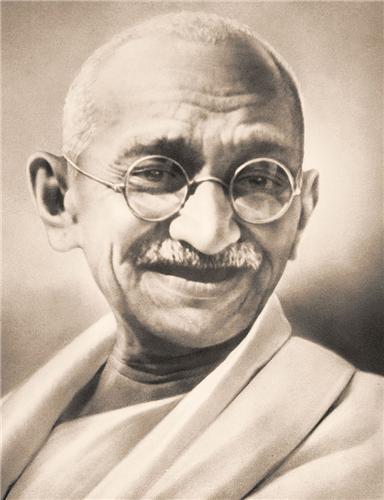 After he assumed the leadership of Indian National Congress in 1921, he led nationwide campaigns to ease poverty, expand women rights, build religious and ethnic amity, end untouchable, and increase economic self-reliance. He was committed to “Swaraj” (independence), and protested against the brutal salt tax through “Dandi march”.

He also campaigned for the “Quit India Movement” that proved a major force towards independence. For all his movements he was imprisoned for years. As a Human being he believed in “Simple Living” ate simple vegetarian Food, wore Dhoti and Shawl, woven by his own Charkha but is known to a man of “Great Thoughts”.