Motilal Nehru was an Indian independence activist and leader of the Indian National Congress. Motilal Nehru then was a qualified a barrister and practiced law in Allahabad. As a successful barrister, he earned the honor of appearing in the Privy Council of Great Britain. 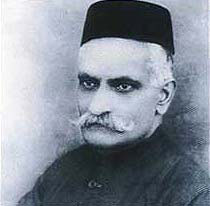 He was an Motilal Nehru was an active activist in the struggle for freedom for independence. He was arrested by the British police during the Non-Cooperation Movement.
As he developed some differences with Mahatma Gandhi, he joined Swaraj Party which tried to enter the British backed councils and later Nehru returned to the Congress.

Motilal Nehru was the prime mover of the Nehru Commission which was not welcomed by common man.

Motilal Nehru Motilal Nehru was born on 6th May 1861 in Delhi in a Kashmiri Brahmin family. His father was Gangadhar and mother Jeevarani. His father was a police constable and died before Motilal Nehru was born. As such, he was brought up by his elder brother Nandalal who was a junior lawyer in Allahabad.
The Nehru family is originally Kashmiri Pandits from Kashmir and settled in Delhi in the beginning of the 18th century, where Motilal’s grandfather Lakshmi Narayan became the first lawyer of the East India Company at the Mughal Imperial Court of Delhi after 1812.
Motilal Nehru spent the early part of his childhood in Khetri, the second largest estate within the princely Jaipur state, now in Rajasthan.
He became one of the first generation of young Hindus to receive a western style college education. He passed the HSLC (matriculation) examination from Kanpur and went on to study in the Muir Central College in Allahabad. However, he failed to appear in the final Bachelors examination.
Later he qualified ‘Bar at law’ from University of Cambridge and enlisted as a lawyer in the English courts. Motilal Nehru was married to Swaroop Rani, a Kashmiri Brahmin.
The couple had three children, Jawaharlal Nehru born in 1889, Sarup (later Vijayalakshmi Pandit) born in 1900 and Krishna (later Krishna Hutheesing) born in the year 1907.

Motilal Nehru as a Lawyer

Motilal Nehru passed the lawyer examination in the year 1883 and started practicing as a lawyer in Kanpur. After three years he moved to Allahabad in Uttar Pradesh as his elder brother was already having a lucrative career in the high court. Motilal became a barrister and settled in the city.
In the next year in April, his brother Nandalal died leaving Motilal as the sole brad earner of the family. Thereafter, many of the Motilal cases and suits involved civil cases and gradually he made a mark for himself in the legal profession of Allahabad.
In the year 1909, Motilal reached the pinnacle of his legal career by gaining the approval to appear in the Privy Council of Great Britain. He was the first chairman of the Board of Directors of ‘The Leader’, a leading daily published from Allahabad.
On 5th February 1919, he launched a daily newspaper ‘The Independent’ as a counterblast to ‘The Leader’. Gradually, he started on a path to become wealthy among the few leaders of the Indian National Congress.
He was inspired by Mahatma Gandhi during 1918 to transform his life to exclude western clothes and goods and adopt a more traditional Indian lifestyle.

Motilal Nehru twice served as the president of the Congress party, once in Amritsar in the year 1919 and the second time in Calcutta in the year 1928. He was elected to preside over the Amritsar Congress and was in the centre of the gathering storm which pulled down many familiar landmarks during the following year.
Motilal Nehru was the only front rank leader to lend his support to non-corporation at a special Congress in Calcutta in September 1920. He was subsequently arrested during the non-corporation movement.
Although he was initially close to Mahatma Gandhi, he openly criticized Gandhi’s suspension of civil resistance in 1922. Motilal Nehru then joined the Swaraj Party, which was supposed to enter the British sponsored councils.
In the year 1923, Motilal Nehru was elected to the new Central Legislative Assembly of British India in New Delhi and he became the leader of the opposition.
On March 1926, Nehru demanded a representative conference to draft a constitution conferring full dominion status on India to be enacted by the Parliament. This assembly rejected the demand and as a result Nehru and his colleagues left the assembly and returned to the Congress.
In the year 1929, Motilal Nehru handed over the Congress presidency to his son Jawaharlal Nehru. Motilal Nehru has organizational connections with national revolutionaries and communists.
He chaired the famous Nehru Commission in the year 1928 which was a counter to the all-British Simon Commission.
Nehru’s report, the first constitution to be written by Indians only conceived a dominion status for India. However the commission was rejected by radical Indians who sought complete independence and by Muslims who felt degraded.

Motilal Nehru’s age and declining health kept him out of the historic events in the later years during 1929-1931. he was arrested and imprisoned with his son but his health gave way.
Motilal Nehru died on 6th February 1931 with his son and Mahatma Gandhi beside him. Motilal Nehru is largely remembered for bring the patriarch of India’s most powerful political dynasty.
Explore more about glorious history of India
4012