Lal Bahadur Shastri was made the second Prime Minister of the Republic India in 1964 and was an important fighter of Indian independence movement.
When Mahatma Gandhi launched the non-cooperation movement against British Government and gave a call to the youth to come out of Government schools and colleges, offices and courts and to sacrifice everything for the sake of freedom, Lal Bahadur came out of his school and participated in the movement.

He was jailed. Lal Bahadur Shastri joined "The Servants of the People Society" founded by Lala Lajpat Rai in 1921. The Society was made to train youths that were prepared to dedicate their lives in the service of the country.
In 1930, when Gandhiji initiated Civil Disobedience Movement Lal Bahadur Shastri joined him and asked people not to pay land revenue and taxes to the government. He was arrested and was jailed for two and a half years. 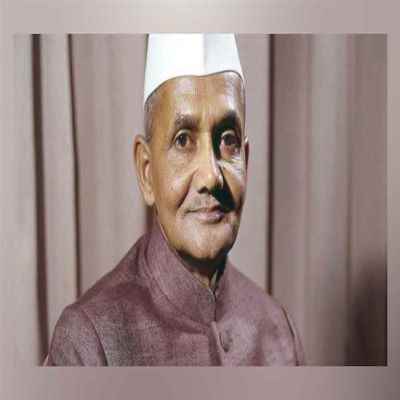 He gave the slogan of "Jai Jawan, Jai Kisan" to motivate soldiers and farmers when India was facing problems of shortage of food and security threats from Pakistan.
On January 10 1966, India and Pakistan signed the joint declaration under Russian mediation to create peace between India and Pakistan.

Under the treaty India agreed to return to Pakistan all the territories occupied by it during the war. The pact was signed between Lal Bahadur Shastri and Ayub Khan in Tashkent, Russia. Thus this pact is known as ‘Tashkent Pact’.