He joined the Anglo Vernacular school in Pune. Bal Gangadhar Tilak was among the first generation of Indians to receive a college education. He graduated from the Deccan College in Pune in the year 1877 and later got a LL.B. degree. 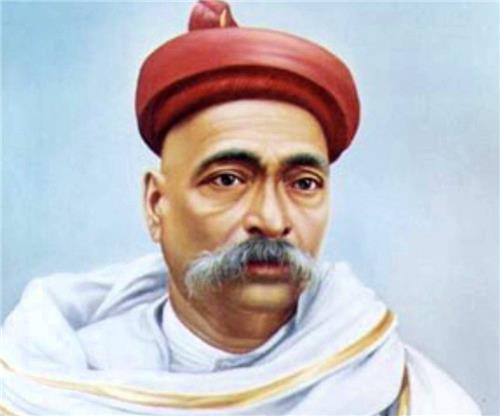 After his graduation, Bal Gangadhar Tilak began teaching mathematics in a private school in Pune. However, due to ideological differences with his colleagues in the school, he decided to withdraw from teaching and became a journalist.

He also criticized the Western education and felt that it demeaned the Indian students and also disrespected the Indian heritage.

During that time, he organized the Deccan Education Society with some of his college friends like Gopal Ganesh Agarkar and Vishnushastri Krushnashastri Chiplunkar. The main aim of the society was to improve the quality of education for the youth of India.

This society was set up to create a new system which taught nationalist ideas to young Indians by emphasizing on Indian culture. Bal Gangadhar Tilak started a mass movement towards attaining independence which was camouflaged by an emphasis on religious and cultural revival.

Bal Gangadhar Tilak also taught mathematics in Fergusson College. He later joined the Indian National Congress in the year 1980. He was one of the most eminent and strongest radical of Indian consciousness of that time and opposed the moderate attitude towards the fight of self government.

Bal Gangadhar Tilak, despite being personally opposed to early marriage, he opposed the 1891 Age of Consent bill stating that it was an interference between Hinduism and a dangerous precedent. According to this legal decision a girl could get married from the age of 10 to 12 years.

During the plague epidemic breakout in Mumbai late 1896 where the Government decided to take drastic action for suppressing the epidemic, Bal Gangadhar Tilak took up the people’s cause by publishing inflammatory articles in his paper ‘Kesari’ where quoting the Bhagavad-Gita, he said that there would not be any blame attached to the person who killed an oppressor without any thought of reward.

After this, two British officers were shot and killed and Tilak was charged with incitement to murder and sentenced with 18 months of imprisonment. After he emerged from the prison, he was revered as a martyr and national hero. During that time, he adopted the famous slogan ‘Swaraj is my birthright and I shall have it’.

After the Bengal partition of 1905, Bal Gangadhar Tilak encouraged the Swadeshi movement and the Boycott movement.

He also opposed the moderate views of Gopal Krishna Gokhale and was supported by Bipin Chandra Pal in Bengal and Lala Lajpat Rai in Punjab. These three leaders were together referred to as ‘Lal-Bal-Pal triumvirate’.

Bal Gangadhar Tilak also published many articles defending revolutionaries in his paper Kesari. In the year 1908, he defended one of the revolutionary actions and called for Swaraj or self rule.

The Government then arrested him for sedition and was imprisoned in Mandalay in Burma from the year 1908 to 1914. during his prison term, he used to read and write and developed his ideas on the Indian Nationalist movement.

He also wrote the famous ‘Gita Rahasya’ during prison. After his release from prison, he mellowed down due to the hardships in prison and as his health was deteriorating.

He also met Mahatma Gandhi and seeing the spark in Gandhi he tried his best to motivate him to leave the idea of ‘total Ahimsa’ and try to get ‘Swaraj’ by all means. Mahatma Gandhi, though looked upon Tilak as his guru, did not change his mind.

He was impressed by the Russian Revolution and expressed his admiration for Lenin. He was the first Congress leader to suggest that Hindi be written in Devanagri script and be accepted as the sole national language of India. Bal Gangadhar Tilak also has much contribution in the social field.

In the year 1894, he transformed household worshipping of Ganesha into Sarvajanik Ganeshotsav. He also promoted Shiva Jayanti as a social festival. He started his Marathi weekly, Kesari in the year 1980-81. he also founded organizations like Sri Shivaji Raigad Smarak Mandal and Shri Shivaji Fund Committee.

Bal Gangadhar Tilak died on 1st August 1920 in Mumbai. He was 64 at the time of his death. He was one of the first and strongest advocates of ‘Swaraj’.

Bal Gangadhar Tilak was a prolific writer. He wrote many books and articles apart from running his paper Kesari. In the year 1903, he wrote the book ‘The Arctic Home in the Vedas’ where he argued that the Vedas could only be composed in the Arctic and that the Aryans brought it from there.

He also authored the ‘Shrimadbhagwadgeetarahasya’ which is the analysis of the Karma yoga in Bhagavad-Gita. He also wrote a number of books including ‘The Hindu Philosophy of Life, Ethics and Religion’ (published in 1887), ‘Vedic Chronology and Vedanga Jyotisha’, ‘Jedhe Shakawali’ and ‘Oorayan’.

He was conferred the honorary title of ‘Lokmanya’ which literally means ‘Accepted by the people (as their leader). In the year 2007, the Indian Government released a coin to commemorate the 150th birth anniversary of Bal Gangadhar Tilak.