The Bronze Age starting from 3300 B.C coincided with the development of World’s earliest civilization “The Indus Valley Civilization” that flourishes till date mostly in Pakistan and western India.
The Indus Valley Civilisation marks the beginning of Ancient period in India. Inhabitants of the ancient Indus River valley, the Harappans, developed new techniques in metallurgy and produced copper, bronze, lead and tin. 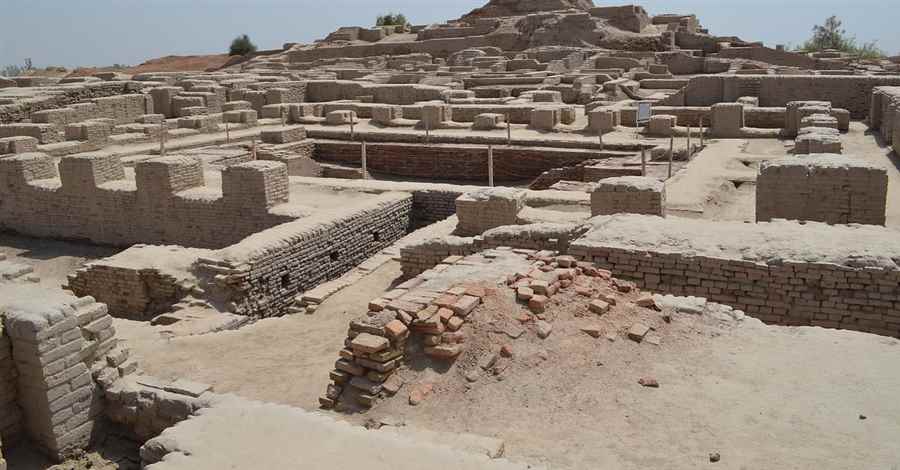 The period around 1500 B.C saw the first ever invasion on the Indian land by Aryans. This period was termed as the Vedic period. Aryans bought with themselves strong cultural traditions popularly termed today as the Indo-Aryan culture.
It was during this period that Hinduism took birth in India. The Vedic period was named so as it was associated with the development of Vedas.
Aryans also gave India two historic epics called Ramayana and Mahabharata. There was development in agricultural practices, worshiping patterns, philosophical outlooks, etc.

The period from 600-400 B.C was called the Late Vedic Age which saw many independent kingdoms and republics known as the Mahajanapadas being established.
Also the Upanishads (Late Vedic text) were developed during this era. Siddhartha Gautama attained the state of "enlightenment", and became known as the 'Buddha' - the enlightened one. Around the same time, Mahavira propagated a similar theology that later became Jainism.

The period from 500 to 300 B.C saw a number of Persian and Greek invasions covering the North western and parts of Eastern India. One of the greatest invaders of all time “Alexander the great” established his foot across vast portion of Indian Sub-continent.

The Mauryan Empire (322 B.C-185 B.C) established by Chandraguta Maurya later flourished by “Ashoka the great” ruled through a large part of India. It was during the 3rd century BC that Emperor Asoka took over the reins of the Mauryan dynasty and extended it as far as South Asia.
After successfully conquering Kalinga, Asoka turned to Buddha’s preachings and love of ahimsa or non-violence. He popularized the teachings of Lord Buddha and during his reign Buddhism spread beyond India to Syria, Egypt and large parts of South Asia.

Three major empires named Satavahana Empire, Kushan Empire, Gupta Dynasty rules through the later part of ancient history. From the third century AD, the Gupta dynasty continued to rule over the land and this period was known as ancient India's “Golden Age”.
It is referred as the Golden Age of India because of achievements made in the fields of astronomy, science, religion and mathematics. Famous poet and dramatist Kalidasa, astronomer Varahamir and mathematician Aryabhatta lived during this period.

The southern region of India was ruled by several powerful dynasties such as the Chalukyas, Cholas, Pallavas and Pandyas, for over centuries.
During this period India gained significant success in the fields like science, engineering, art, literature, astronomy, and philosophy under the patronage of several kings. The Pallavas of Kanchi ruled over this region for more than four hundred years.
5984