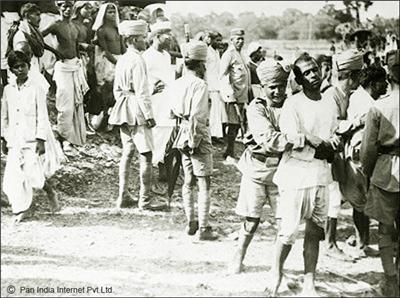 Civil Disobedience Movement was launched in the Congress Session of December 1929 and continued till 1934. Mahatma Gandhi was the forerunner of the movement. The aim of this movement was a complete disobedience of the orders of the British Government.
During this movement it was decided that India would be given Independence on 26th January.

Meetings were held all over the country and the Congress tricolour was hoisted on 26th January 1930. The British Government tried to suppress the movement and resisting to the brutal firing hundreds of people were killed. Thousands were arrested along with Gandhiji and Jawaharlal Nehru.

There was agitation against land revenue, abolition of salt tax, cutting down military expenditure, levying duty on foreign cloth, among others, throughout India. A very important movement was that of Salt Satyagraha where Gandhi undertook the Dandi march as a protest against the Salt tax.

Dandi March took place on March 12, 1930. Gandhiji along with his followers marched on 240 miles path to Dandi, a village near Sabarmati to prepare salt as a symbol of violation of tax imposed on salt by British.

He inspired millions of others to take the first step on the road to liberation and equality.

During this time, Bhagat Singh, Sukhdev and Rajguru were arrested on the charges of throwing a bomb in the Central Assembly Hall and were hanged to death on March 23, 1931.
22785