The Bhakti movement in India instilled devotion and belief in God, abolishing the concept of idol-worship and stressed on monotheism, i.e. existence of one God. It started in southern India and gradually moved towards north during the later half of the Indian medieval period (800-1700 CE). 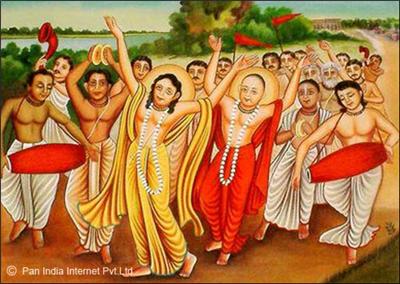 It brought together the galaxy of socio-religious reformers. Many rites and rituals associated with the worship of God like Kirtan at a Hindu Temple, Qawaali at a Dargah (by Muslims), and singing of Gurbani at a Gurdwara are all derived from the Bhakti movement.

Shankaracharya led this movement which was further propagated by Chaitanya Mahaprabhu, Namadeva, Tukaram, Jayadeva. Shankaracharya focused on Lord Rama and he taught that Lord Rama is the supreme God.

Chaitanya Mahaprabhu was a great proponent of Bhakti yoga and worshiped Lord Krishna. Sri Ramanuja Acharya founded Vaishnavism based on the gospel of love and devotion. Bhagat Namdev, and Sant Kabir Das were some of the followers of Bhakti movement in 12th and 13th Century.

Guru Nanak, the first Sikh Guru and founder of the Sikhism, a Nirguna Bhakti Saint and social reformer too opposed caste distinctions as well as the religious rivalries and rituals. The Krishna cult followers founded the Radha Ballabhi sect under Hari Vamsa in 1585 A.D. One of the most noted literature was 'Sursagar' in Brajbhasha by Sur Das, which praises the charm of Lord Krishna and Radha. 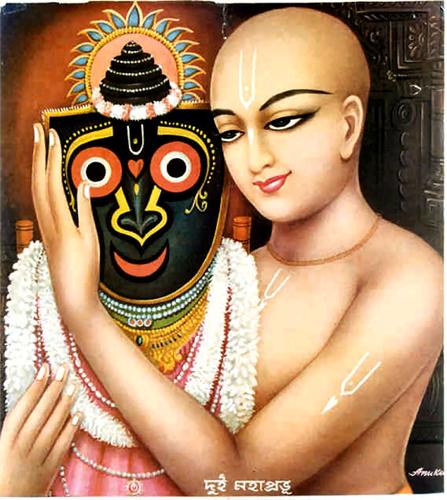 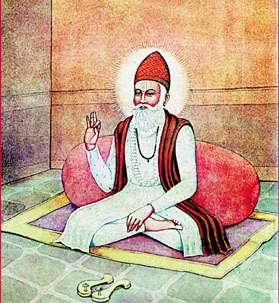 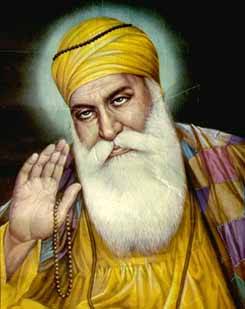 There is but One God, The Supreme Truth; The Ultimate Reality, The Creator, Without fear, Without enemies, Timeless is His image, Without Birth, Self Created, By His grace revealed.