Southern dynasties in India during the medieval period was dominated by Bahamni Sultanate in Gulbarga and Vijaynagar Empire in modern day Hampi. 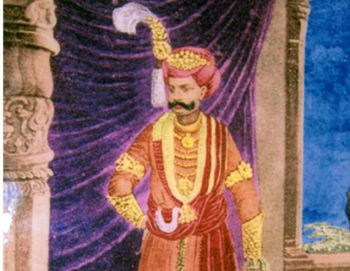 The Vijayanagar Empire was founded by Harihara I and his brother Bukka Raya I around 1336. It covered the entire Deccan region of Peninsular India.

The Vijayanagar Empire has rich heritage and beautifully constructed monuments that are seen all over Southern India especially in the temple architecture. Irrigation and water management systems were enhanced and developed during the Vijayanagar dynasty. The ruins of this great kingdom can be still being seen even today at Hampi in Karnataka.

The Vijaynagar Empire lasted for three centuries because of which Islamic powers could not proceed much in the south. According to history two brothers of a chieftain of Hoysala kingdom, Harihara and Bukka founded Vijaynagar empire on the banks of Tungabhadra river.

The most famous ruler of Vijaynagar Empire is Krishnadeva Raya who was a great warrior and won many wars for his kingdom. Among the areas which came under his rule are Visakhapatnam, Raichur and Mysore. He also maintained healthy relations with foreign powers like the Portuguese.
Krishnadeva Raya was also a great patron of art and literature. He himself was a musician and a great scholar. Tenali Ram, the famous and witty writer adorned the court of Krishnadeva Raya. 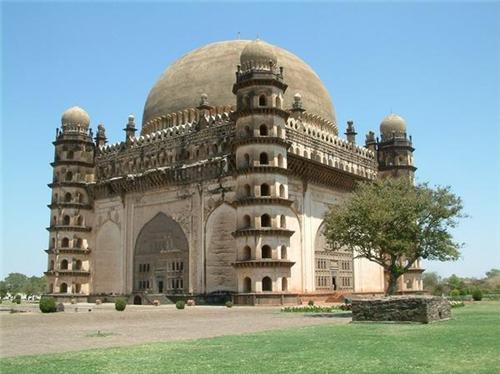 The Bahmani Sultanate or the Bahmanid Empire was a Muslim state of the southern India and one of the great medieval Indian kingdoms, founded by Hasan Gangu.

The Bahamani kingdom in India emerged from the northern Deccan region and extends to the river Krishna upto Narmada and stretched east-west from the coasts of the Bay of Bengal to the Arabian Sea.

The most distinguished figure of the Bahmani kingdom was Mahmud Gawan, the principal minister of the state - Amir-ul-ulmra. He fought many wars, subdued many kings and annexed many territories to the Bahmani kingdom. He improved the administration, organized finances, encouraged public education, reformed revenue system, disciplined army and removed corruption within the kingdom. Gawan was executed by the last ruler of Bahamani Empire, Sultan Muhammad Shah. The kingdom was divided into five parts after Gawan’s death – namely the the Qutub Shahis of Golconda,  the Barid Shahi of Bidar, Adil Shahis of Bijapur, the Nizam Shahis of Ahmednagar, and lastly the Imad Shahis of Berar. Some of the most important architectural excellence of Bahami kingdom are Golconda Fort near Hyderabad, Charminar in Hyderabad, and Gol Gumbaz in Bijapur.
12900