In accordance with the main events in Indian history the other major events are the Charter Act-1833,  Bengal Partition and the formation of Muslim League.

Sati involves a wife immolating herself on the funeral pyre of her deceased husband as proof of her loyalty. In the original meaning, "Sati" was defined as a woman who was "true to her ideals". 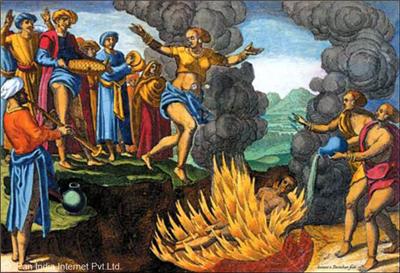 A pious and virtuous woman would receive the title of "Sati. Self-sacrifice is considered the best measure of judging the woman's virtue as well as her loyalty to her husband.
A female's life must be lived in full devotion to her husband, otherwise she will be doomed for eternity and will live a cruel existence as a widow.
A widow was not allowed to remarry, nor was she able to turn to religious learning and hence lived a bleak and barren life.

The pain that a sati endures on the pyre was less painful of an experience than the torture she must endure physically and emotionally as a widow. If a widow decided not to join her husband, she was separated from the social world of the living and considered to be a "cold sati".
The British government in 1829 prohibited the custom of sati. British India declared the practice of sati as illegal and punishable by criminal courts. 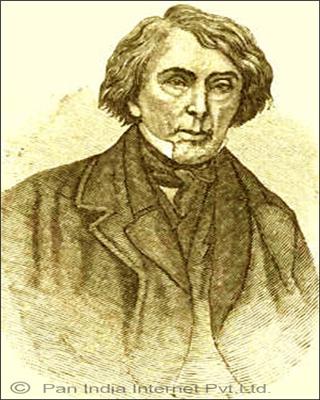 In short the Fourth member of the council was entitled to sit and vote in the council meetings but only for the purpose of making law.
The Board of directors nominated for the post of Law Member. Maccualay was appointed as the first Law-member of the council.
Another recommendation of the Charter Act involved the formation of a Law Commission. The Law Commission looked after consolidating, codifying and improving Indian Laws.

The Charter Act of 1833 in short laid numerous provisions for administrative, judicial procedures and also some other general provisions. Among the general provisions envisaged by the Charter Act of 1833, the most important was the Section 87.
Sections 87 provided that there would be no indiscrimination made between the Indian and the British residents in Indian provinces on the basis of caste, creed and religion. As clear from the documentation the intension of this provision was to perish all forms of inequalities.

On theoretical measures the Charter Acts were well thought of and influential in the history of India. However, despite the clear intentions of the acts, the shortsighted and the ill-conceived policy introduced by Cornwallis proved them to be Damn-squibs.
Cornwallis shut the doors of high military and the civil services to the Indians. Under Cornwallis the Indians could hold only the minor posts.

Although the Charter Acts failed in many areas they definitely instigated the desire of betterment of the condition of slaves in India. It was finally in 1843 that slavery was completely abolished from India. The Acts of 1833 definitely brought some major changes in the constitutional working in Indian administration.

Lord Curzon, then Victory of India partitioned Bengal on 16th October’1905. The province of Bengal had an area of 489,500 sq. km. and a population of over 80 million. Eastern Bengal was almost isolated from the western part by geography and poor communications.
The first proposal for Bengal partition was considered in 1903. The plan of Bengal Partition was made official in 1904. In February, Lord Curzon paid a visit to eastern Bengal and monitored the situation. Finally on 16th October’1905 Bengal was partitioned. 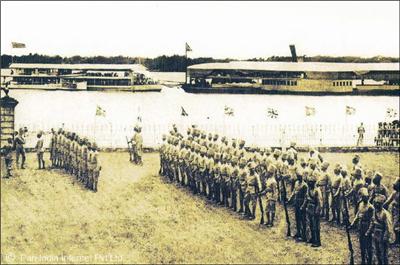 Partition was promoted for administrative regions. Bengal was as large as France but with a significantly larger population.
The eastern region was thought to be neglected and under-governed. By splitting the province, an improved administration could be established in the east where, subsequently, the population would benefit from new schools and employment opportunities.

This unpopular partition lasted for only half a decade and the Eastern and western parts of Bengal were again united in 1911. In 1947, Bengal was partitioned for the second time, this time specifically on religious grounds. It became East Pakistan.
However, in 1971 East Pakistan became the independent state of Bangladesh after a successful war for liberation with the West Pakistani military regime.

During the 8th and 14th century, Muslim rule was dominating India. Turks followed by Mughals ruled India for a very long period of time. Around the 17th century many European powers started to govern Indian administration.
18th century saw the decline of Mughal Empire and rise of British Empire as dominating power in India. This decline of Muslim empires developed a feeling of discontent amidst Muslim elites. 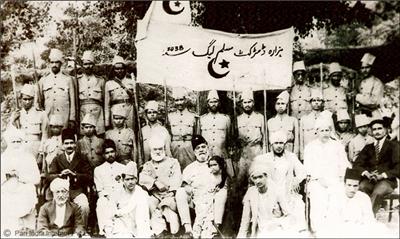 In the late 19th century, Indians launched a nationalist movement and formed the Indian National Congress.
The Congress made no conscious efforts to enlist the Muslim community in its struggle for Indian independence.
Although some Muslims were active in the Congress, majority of Muslim leaders did not trust the Hindu predominance and most of the Muslims remained reluctant to join the Congress Party.

The formation of AIML was a major landmark in the history of modern India. The first formal entry of a centrally organized political party exclusively for Muslims had the following objectives: