The next most important invasion after the Aryans in India was made by the Persians around 500 BC when Persian kings Cyrus and Darius conquered the Indus Valley Civilization.
For the next couple of centuries, a large section of north-west India which is modern day Afghanistan and Pakistan were under the rule of Persian Achaemenid Empire.
Though only a small portion was conquered by the Persians, the Persians left long lasting effects on Indian soil. 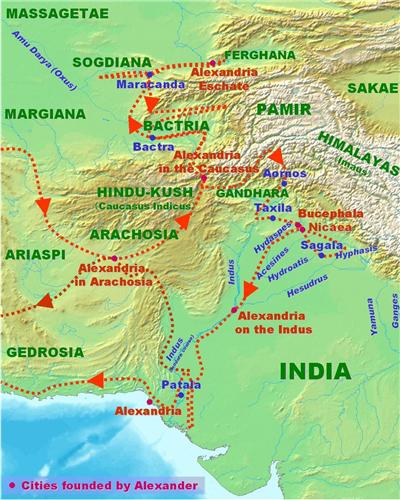 The effect of Persian art and architecture can be seen on the engravings of birds and animals on Asoka’s pillar. Some scholars are also believe that Khraoshth script which is written from right to left is actually borrowed from the Persian people. Cultural intermingling of both Indians and Persians brought in positive attitude to both.

Invasion of Alexander the Great 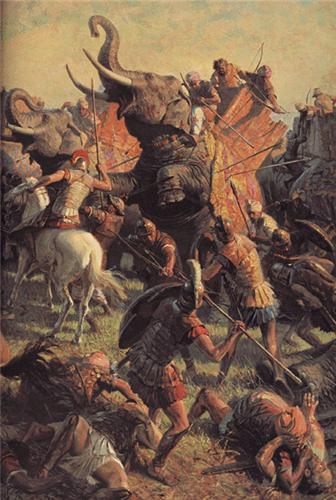 The Persian influence paved the way for Alexander to conquer India. In 326 BC the Persian Achaemenid Empire was defeated by Alexander, son of king Philip of Macedonia who reached the north-west frontiers of Indian subcontinent.
He successfully cowed Sistan and then attacked Afghanistan. After crossing Hindukush, he made plans to conquer India. After reaching Jhelum river, Alexander met Porous and his army of 1000 chariots, 50000 foot soldiers, 130 elephants and 3000 horses which made Alexander comment “I see at last a danger that matches my courage.”
However, Alexander was successful in defeating Porous with guile and intelligent war strategy in the Battle of Hydaspes and crossed the Chenab River. This led to the rise of India’s first great empire, the Mauryan empire.
Though Alexander’s invasion did not have specific cultural impact, yet the cumulative effect of Greek culture and spread of Buddhism at the same time, led to the development of Greco-Buddhism hybrid culture in parts of Jammu and Kashmir, Pakistan and Afghanistan.

Also Read about history of India