India woke up with the breeze of freedom on Aug 15, 1947, after the long dark night of colonial British rule by the hard struggle of freedom fighters.
The day every year is celebrated as Independence Day across the nation. Independence of the country brought the sad news of partition along with it which resulted into three separate nations as India, Pakistan and Bangladesh.

The independent country presents the perfect depiction of unity in diversity with concoction of communities with dissimilar religions, cultures, casts and even with the different communicating languages.
As prior to freedom, the country was never a single unit rather the bunch of different princely states. The country after independence was governed as a single unit under the leadership of Jawahar Lal Nehru as the first Prime minister and Dr. Rajendra Prasad as the first president of the country.

Self-governing India formulated its own rules and polices pertaining to economy, foreign relations, border security and so on by framing Constitution under the leadership of Dr. B. R. Ambedkar on 26th November, 1949.
The Constitution of India came into force on   January 26, 1950, the day every year is celebrated as Republic Day across the nation. 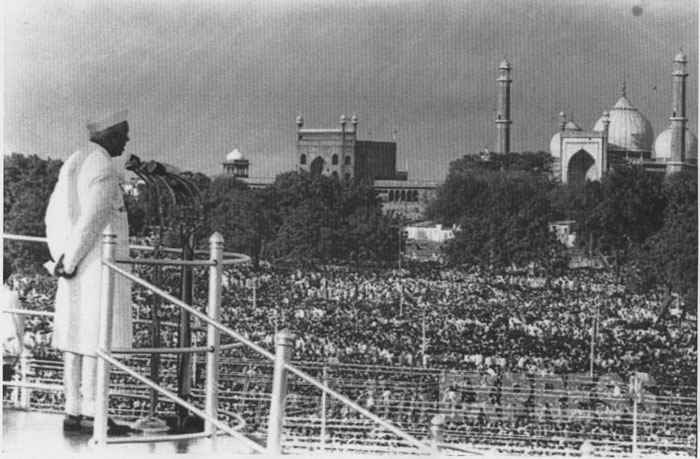 The Constitution instituted the liberal democratic system which provided the scope for Indian citizen's participation and a voice in politics, with a power to elect the ruling body of the nation.
The first national elections were held in 1952, which elected the Congress Party with a majority and the country was governed by the same leaders again for the second term.

The country flourished by adapting absolute democracy thus, electing the well set administrative body. Many reforms were passed which improved the legal rights of women in Hindu society and further legislated strictly against caste discrimination and untouchables in the country.

In the passing years, the country was hovered by the dark clouds of different political and religious issues.
The most scorching ones were the riots between the 2 major religions, the Hindus and Muslims, Jammu & Kashmir issue and its delimitation along with the few internal issues, one of the major being the demands of different rights from different communities for communal betterment.
The country also had few wars with its neighboring countries on the border issues like Indo-China War (1962), Indo-Pak War (1971), Kargil War (1999) etc.

The other domain where the Independent Country raised and gained its individual identity in the international market is industrialization and commercialization of technology and general goods product.

Today India is a federation of 28 states and 7 union territories with the largest democracy of the world.
4292